Nia Long Looks Back at Her Most Iconic Roles

Welcome to Look Back At It, a monthly column where some of the most iconic Black actresses in Hollywood reminisce and reflect on the roles that made them stars. For this month’s installment, Nia Long breaks down her career—from Love Jones and Friday to her most recent project, The Best Man: The Final Chapters.

“I don’t have a favorite character,” reflects Nia Long as we look back at her career. “It’s the collective representation of Black women that I am most proud of.”

Since the late ‘80s, Long has played characters who inhabit a wide range of complexities: women who were both charming and cunning, warm and witty. Boyz n the Hood, written and directed by the late John Singleton, was her first big feature film. Not a bad way to start your career. From there, she starred in classics like Friday, Soul Food, and my personal favorite, Love Jones opposite Larenz Tate. As she looks back, she credits being able to maintain a healthy work/life balance as one of the most rewarding parts of the job.

“I’ve really had the chance to live in between my work,” she says. “I’ve become a mother and I’ve traveled. I’ve grown and made mistakes. And I’ve been able to make changes to my life in order to honor myself. It’s so important. You don’t ever have to stay anywhere. You can move. That’s the freedom that we have on this planet. There’s nothing that says you have to do the same thing over and over again. And if you’re lucky enough to find a partner who has that same attitude about life, then you grow together.”

Below, Long takes us through her most iconic roles to share the lessons she’s learned, funny memories from set, and the performances that changed everything.

“I miss my friend John Singleton [the writer/director]. He was the first person to see something in me that no one else did. I think of him quite often. I also think of how long I’ve known Morris Chestnut and how we’ve never missed a step with one another. This movie is still so important to the culture.”

“What I remember about Friday is Chris Tucker driving to work in a bucket. I had my cute little BMW and we were driving on the freeway and I turned to my right and there Chris was with a used pizza box in the window because his car window was broken. So he used the pizza box to stop the wind from coming into the car. I honked and I waved, and then he did Rush Hour and he no longer had that bucket. [Laughs] Life changes very quickly.”

“I love Will Smith so much. I learned a lot about comedy from him. I learned a lot about working on a show where there are three cameras. I remember feeling terrified every Thursday or Friday night when we had to do the show in front of a live audience. It was a mixture of theater, television, and just being young and new. I was trying to figure it all out. And also, I was just looking at Lisa’s outfits the other day and everything she wore is now back in style. The crop tops and the jeans with a good belt? It makes me want to cut my hair short again.”

“Love Jones set the tone for the rest of my career. I never wanted to repeat something that I had already done. I always wanted to make sure that if I did it once, I wasn’t going to do it twice. I wanted to make sure that I showed the different subcultures within our culture with every project that I’ve done. When I look at my body of work, there’s a little bit of everything in there for everybody. I’m really proud of that. Black love is probably one of the most powerful things that we can share. We’re passionate people. We’re loving. We’re kind. And we’ve had to fight to even be loved. So I’m grateful for the Love Jones experience. And I love me some Larenz Tate.”

“Every time I think of Soul Food, I think of these dinner scenes that we had. We all had to sit at this long table and the camera had to go around to each one of us and we had to say the dialogue while eating. And the food was great. Whoever did the catering was amazing. But I could never have another Thanksgiving dinner again after this movie. It was so much soul food every single day. I was like, ‘Maybe [my character] Bird is just a vegetarian.’ [Laughs] I also remember being in awe of Vanessa Williams when she walked in the door. I thought, ‘Here’s a woman who personifies beauty and grace. She’s been through some things in her life and she’s still standing tall, unaffected.’ She’s been an inspiration to me and to Black women in general. I just love that she keeps it moving. Like, ‘I can marry you if I want, I can have children, and I can divorce you. Just keep it moving.’”

“I loved my hair in this movie. It was very different from anything I’d ever done. I remember being totally intimidated by LL Cool J. He’s approachable now, but back then, I was like, ‘Oh my god, that’s LL Cool J. Let me bust out my bamboo earrings.’”

“Someone said that we are lucky to be a part of such an amazing franchise, and I never thought of it in that way. I thought of it as, ‘Oh, we get to do this again. This is fun.’ But when you think about it, there really hasn’t been another Black franchise like this in history. And when you look at it that way and let that sink in, you allow yourself to understand its importance. You help to define the culture. It’s an honor to be able to do this. It’s a blessing.”

“Oh my god. I remember this wig was on a headband because the budget was so low. [Laughs] I was like, ‘They’re not even getting me a real wig?’ I also remember Jamie Foxx scrambling his eggs in the microwave. I’d never seen anyone do that before. We were shooting in Canada in a small place called Regina. I don’t even know if I’ve ever watched this whole movie.”

“I love Martin Lawrence. I think he’s a comedic genius. We had so much fun filming these movies. All the prosthetics were hilarious. Having to play so naive to something that I knew wasn’t real was challenging and liberating as an actress. These movies are iconic.”

“I loved my makeup in this film. It was so pretty. You know, I miss when people actually took the time to light the artist. I look at light as another character in a film. The light is the thing that makes you feel seen. And if you don’t feel seen, how can you be subtle and delicate with a performance? This was probably one of the last films I did where we were on film and it was beautifully lit. I didn’t even have to say anything.”

“This was great. I loved the kids. I love [Ice] Cube. There were so many stunts and crazy things that I wasn’t a part of, but when I watched the movie, I was like, ‘Oh this actually funny.’ I think this is when moms really started to appreciate me. Like, ‘Finally something our Black children can see.’ It’s family-friendly, but still feels very real and tangible.”

“This was a marathon. We shot this movie in 22 days. Tyler Perry doesn’t play. He’s like, ‘Ok we’re shooting this today’ and you’re like, ‘Wait, what?’ He taught me how much money is wasted in Hollywood. You can do it in 22 days. Also, my son plays my son in this film. That was great. Shoutout to Tyler Perry for changing the game.”

“This is probably one of my most proud cinematic moments. Ms. Peggy represents a generation of hardworking Black women living in the projects. She’s trying to do her best, but she’s flawed. I just love this movie so much. That was a special one.”

“We wanted to all come together for this last installment because we felt like we owed it to the audience. And here we are. I’m grateful and thankful. The show is great and was so much fun. I don’t think it gets any better than this, to be able to go to work and just be on the beach all day? Come on. It was awesome. I’m just excited for people to see it.” 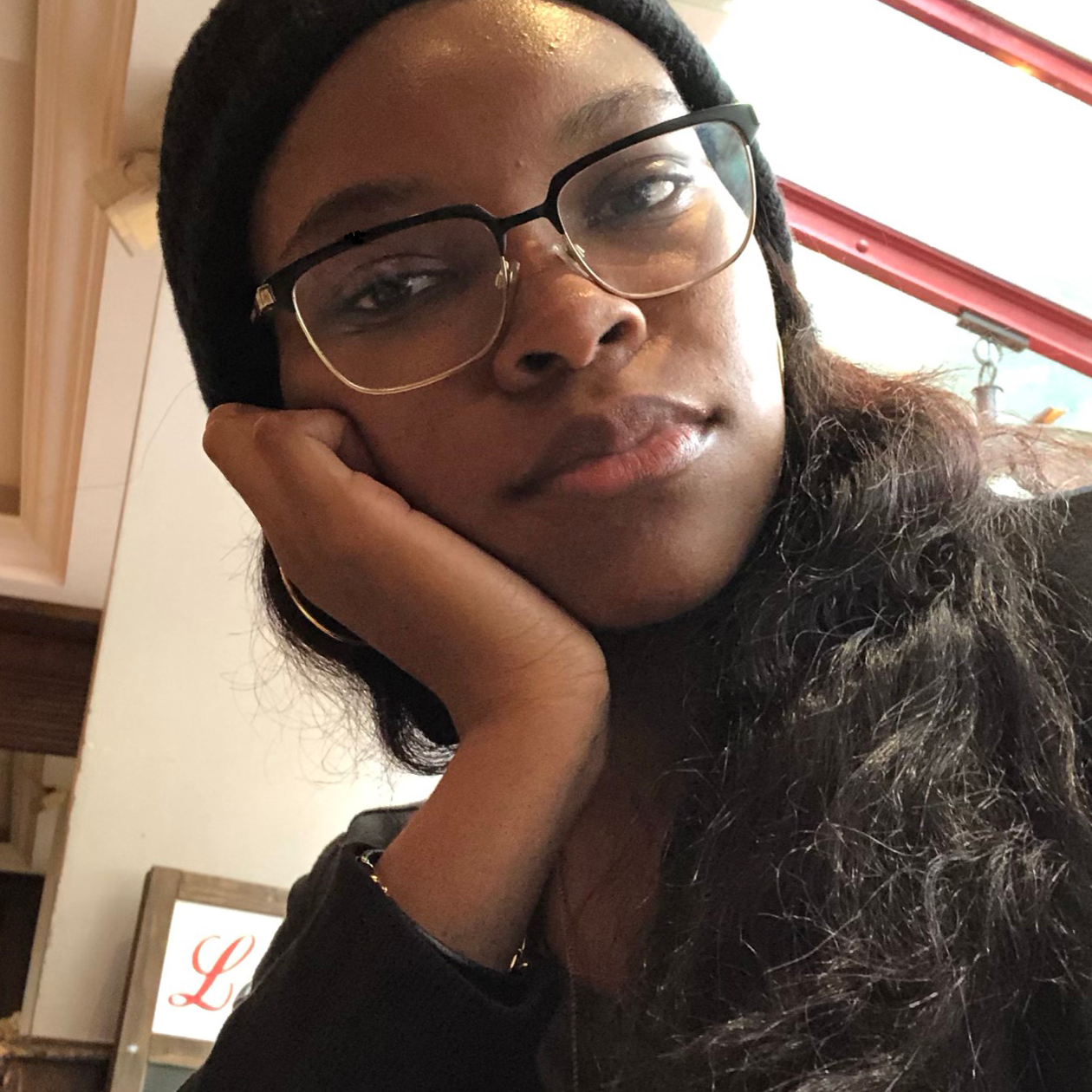 Juliana Ukiomogbe is the Assistant Editor at ELLE. Her work has previously appeared in Interview, i-D, Teen Vogue, Nylon, and more.