This story contains major spoilers for Emily in Paris season 3.

Whether you’ve just started your Emily in Paris season 3 binge, or already finished it completely, you’re probably already wondering: Will there be another season? And to that, the answer is a resounding oui. Netflix actually renewed the comedy for a third and fourth season at the same time, which was announced at the top of 2022. It just shows how much faith the streamer has in the series, which stars Lily Collins as a high fashion-wearing, selfie-taking marketing wiz from Chicago who moves to Paris for the next chapter of her career—and her life.

After season 3 brought us new love interests, a wedding, a few breakups, and even a surprise pregnancy announcement, here’s what we can expect from season 4.

When will season 4 come out?

Netflix has not yet announced a release date, but the show reportedly filmed parts of season 4 while season 3 was in production, per Variety, so the wait might not be so long. Still, the season doesn’t seem to be finished quite yet; as Lily Collins told ELLE.com that she and Lucas Bravo had to be careful about filming the final scene of season 3 “because we don’t know how [season] four starts.”

Who will be in the cast?

We’re of course expecting Collins to return as Emily, along with Ashley Park as Mindy, Lucas Bravo as Gabriel, Camille Razat as Camille, Philippine Leroy-Beaulieu as Sylvie, Bruno Gouery as Luc, William Abadie as Antoine. We’re also hoping to see more of Samuel Arnold as Julien, Lucien Laviscount as Alfie, and Kate Walsh as Madeline, though the way events transpired in season 3 makes it unclear whether they’ll return. 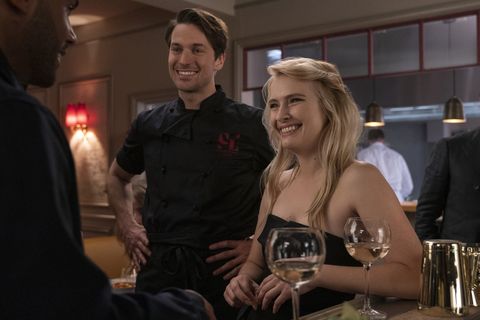 What will season 4 be about?

While Netflix hasn’t shared any official details, we already know there’s so much more to explore after the season 3 finale.

Gabriel and Camille decide to get married at their engagement party, but then Camille realizes she can’t marry him because she knows he and Emily are still in love with each other. (Gabriel also doesn’t know Camille has been hooking up with her friend Sofia!) The announcement sends Alfie into a shock and he breaks up with Emily too. When Gabriel and Emily finally confess their feelings for each other one-on-one, he also reveals that Camille is pregnant. Will Gabriel try to win Camille back and help her with her pregnancy in season 4? Or will he and Emily finally give their relationship a go, for real? We also hope that wasn’t the last we’ll see of Alfie.

Meanwhile, Emily’s can-do American work ethic has pushed the efforts of her co-worker Julien to the sidelines. When she oversteps his pitch meeting with a client, that’s the last straw for him. He later sends an email saying he’s considering taking an offer elsewhere. Sylvie’s Agence Grateau has just launched, but is Julien leaving already? And if he does exit the company, we hope he doesn’t leave the show altogether. “I’d love to see, you know, Julien going for the win, professionally speaking, no matter what decision he makes,” Samuel Arnold tells ELLE.com.

And while season 4 could highlight Julien’s professional career, Arnold hopes it can get more personal too. “And no matter where he goes, I’d love for him to make it big and also why not dive a bit more within his personal life, meeting probably his family, his parents, his friends, his night out, what he is doing on his free time, you know what I mean?” he adds. “That would be nice to see.”

Bruno Gouery would like the same for Luc. “We can see Luc at work every time, but in that season, at the end, we discover something of his private life. And I think in season four, I hope we can find more deeply where he lives, with who, what his family [is like]—something like that. We can discover so many things about Luc.” 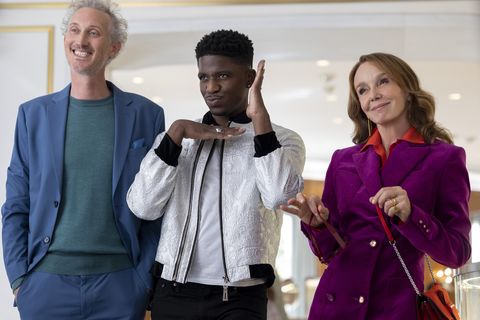 Sylvie ends the season on good terms with her husband Laurent—so good, even, that they decide to team up to launch the next branch of his Laurent G nightclub in Paris. They’re just waiting on the approval of one last investor: Louis de Léon, owner of the luxury house JVMA, whom Sylvie has a prickly history with. Though we don’t know exactly what happened, she alludes to it in episode 8. “I remember you when I was just an assistant too. I remember everything,” she told Louis during a meeting. “And I certainly hope you have changed.” It looks like Sylvie may have to reopen old wounds in season 4.

Louis aside, Philippine Leroy-Beaulieu hopes that Kate Walsh returns as Madeline, so she and Sylvie can rekindle, or perhaps flip, their onscreen rivalry. “I hope she’ll come back and we’ll have more confrontation and hopefully, as we were saying, maybe we could team up,” she tells ELLE.com. “And have another nemesis! Bring in another enemy, you know.”

Walsh seconds the idea. “That would be fun,” she responds. “I would love to see Madeline fired from Gilbert Group having to beg for a job. [Laughs.] That would be great.”

It also turns out that Mindy will be going to Eurovision! Her ex, Benoît, tells her that their song has been selected for the international competition, so we may have some big performances to look forward to next season.

“I think my biggest hope is if we do do a Eurovision [storyline], is that we get to do another original song,” Park says. “I think that would be really, really cool. Freddy Wexler wrote ‘Mon Soleil’ last season, and that was really special. So I feel like that would be a fun opportunity for that.”

William Abadie would like for Antoine to share more scenes with Laviscount’s Alfie, his new CFO. “I hope they keep working together and they keep butting heads and they keep finding solutions; I love our dynamics,” he says. “I hope this continues in the upcoming seasons, hopefully. And you know, for my character to be faced with even more complications in the work field, in the romantic field, in Paris and elsewhere.” 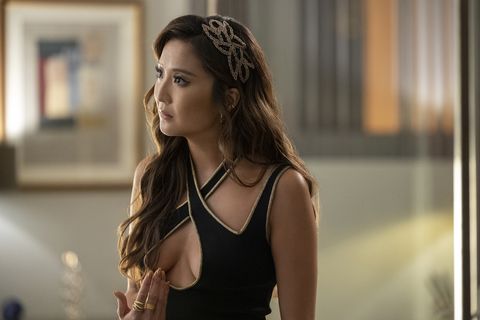 Will Camille give birth in season 4?

Perhaps not yet. Show creator Darren Star tells ELLE.com that the three seasons of Emily in Paris so far have only covered six months. “So I don’t think this baby’s coming necessarily in season four,” he says. (To help give you a sense of the potential timeline, Emily’s boss Madeline was in the beginning of her pregnancy at the start of the series, and then gave birth in season 3.) Star adds, “Who knows, but…there’s still a little time before we have to worry about a baby.”

Is Alfie coming back?

Laviscount hopes so, but he’ll leave the decision to the powers that be. He says his “dream” is “to keep this gravy train going and just to kind of really kind of live in this world a little bit longer.” He adds, “The writers on the show and the creators behind it and everyone that comes into contact with it is so amazing and fantastic. Their minds [have] way, way, way, way surpassed mine. So, yeah. I’ll let them do their thing.” 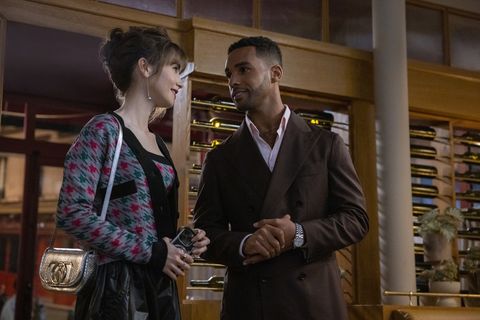 Will season 4 be the last season?

Star isn’t counting on it. He tells ELLE.com that “there’s a lot more story to tell here and we’re not wrapping things up anytime soon.” That includes season 4. “And also hopefully season four isn’t the end either,” he adds. “I feel like we’re all creatively feeling like we’re in the middle of something not heading towards the end.

Where will season 4 be filmed?

We’ve yet to find out, but Park jokes to ELLE.com, “Emily in space!” (Hey, we wouldn’t rule it out.) Abadie also supports the idea of taking “little trips here and there” outside of Paris, like the episode filmed in Provence in season 3. “I mean, it’s a never-ending source of fun that we have at our doorsteps.”