All About Brad Pitt’s New Girlfriend Ines de Ramon, Who He’s Been Dating for ‘a Few Months’

Just weeks after Brad Pitt was rumored to be seeing Emily Ratajkowski (who is now reportedly dating Pete Davidson), the 58-year-old actor seems to have a different new woman in his life. The Daily Mail ran photos of Pitt at a Bono concert on Sunday night (November 13) with Ines de Ramon, a 32-year-old Swiss jewelry professional. The Daily Mail claimed it was informed by sources that de Ramon was part of Pitt’s team. People, meanwhile, reported that de Ramon works for the jewelry brand Anita Ko. Her LinkedIn lists her position as vice president of the company.

In photos, Pitt appeared putting his arms on de Ramon, and introduced her to his friends there, including Cindy Crawford. De Ramon is recently single herself, having separated from her husband, Vampire Diaries actor Paul Wesley, in September. 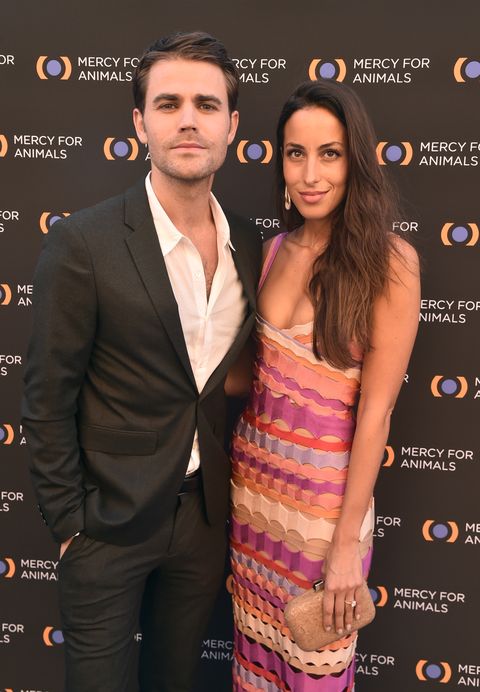 Reports on her relationship status with Pitt are a little conflicting at this point, with People reporting them as dating and E! reporting they’re just friends. People described de Ramon as Pitt’s “girlfriend” in a report published on December 16.

Either way, she and Pitt are close. So, who is de Ramon? Here, the essentials and all the details on her connection to Pitt.

De Ramon and Pitt first sparked dating rumors in November when they attended a concert together.

While neither de Ramon nor Pitt have commented on reports that they’re dating, The Daily Mail ran photos of them at a Bono concert together on November 13. The outlet reported they arrived together in Pitt’s Tesla at 8 P.M. They left separately, de Ramon in Pitt’s bodyguard’s SUV and Pitt in his Tesla.

On November 16, a source told People that the two have been secretly dating for months.

Interestingly, the source was indicated as close to de Ramon rather than Pitt. The source said, “[they] have been dating for a few months,” and that “Brad is really into” de Ramon. “They met through a mutual friend. She is very nice.”

A second source, this one close to Pitt, confirmed they were dating, but casually. “[They] recently started dating. [But] it’s not an exclusive relationship. Ines is cute, fun and energetic. She has a great personality. Brad enjoys spending time with her,” the source said.

A source told E! that same day, meanwhile, that Ines is “a friend of his.” Of the dating rumors, the source added, “This has been assumed in the past and has been wrong.” Hmm…

De Ramon and Pitt were seen being affectionate at the Babylon premiere after party.

People reported on December 16 that de Ramon and Pitt were acting particularly coupley at the after party for the Los Angeles premiere of his film Babylon the night before. The two were seen “mingling with guests, occasionally with their arms around each other,” the outlet wrote. It marks the two’s first big public sighting together since dating reports broke in November.

De Ramon separated from her husband Paul Wesley in September.

Pitt isn’t the only actor that de Ramon has been with. De Ramon and The Vampire Diaries’ Paul Wesley announced their separation after three years of marriage in September 2022. Wesley and de Ramon were first romantically linked in July 2018.

A rep for the couple told People in September that “they have separated” and have been living apart for several months. “The decision to separate is mutual and occurred five months ago. They request privacy at this time,” the rep added.

De Ramon is a graduate of the University of Geneva, earning her bachelor’s in business administration. Her LinkedIn indicates that she speaks five languages, with French, English, and Spanish indicated at a bilingual or native proficiency, and German and Italian listed at a professional working proficiency. Prior to working at Anita Ko in Los Angeles, de Ramon spent four years working in the retail department of jewelry company de GRISOGONO.

Following news that she and Pitt may be dating, de Ramon appeared to set her Instagram to private. De Ramon has appeared before on Wesley’s Vampire Diaries co-star Nina Dobrev’s Instagram when she and Wesley were still together.

One photo of her remains on her ex-husband’s Instagram too:

De Ramon has managed to keep public information about herself very limited, despite her marriage to Wesley and current rumored ties to one of Hollywood’s biggest stars. Pitt is likely to guard details of their relationship too, should it continue or become more serious, as the actor has not spoken much about any particular woman he has dated following his 2016 divorce from Angelina Jolie.