While much of the world and media has spent today talking about the second volume of Harry & Meghan and the very jarring account Meghan Markle and Prince Harry gave on how the royal family treated them, the royals themselves kept calm, carried on, and went out as if that docuseries doesn’t exist.

Kate Middleton and Prince William were photographed taking their two oldest children Prince George, 9, and Princess Charlotte, 7, to the taping of Kate’s Together at Christmas carol service special tonight. The family matched, with Kate and Charlotte in burgundy and William and George in black. 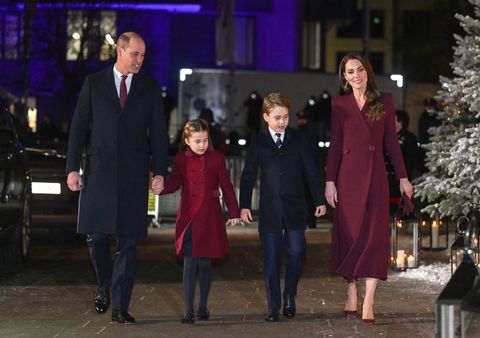 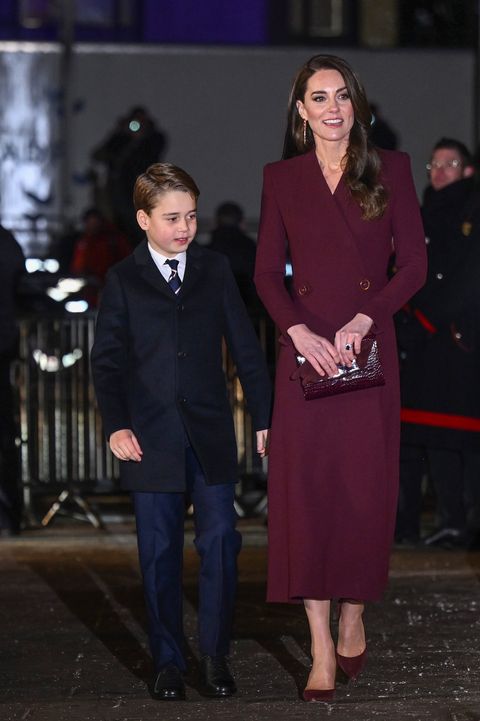 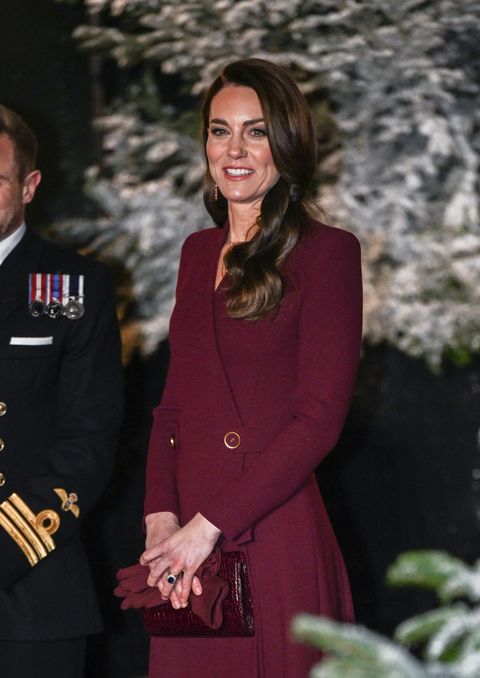 It isn’t often that Kate and William take their children to royal engagements, but today was a special occasion. (They didn’t bring their children to last year’s Together at Christmas taping.) One could argue Kate and William’s decision to bring Charlotte and George helps the couple build hype around the Christmas Eve special given the royal kids’ popularity; it could also be viewed as a strategic move designed to take a little attention away from the Harry & Meghan news cycle.

The royal family has not released any public statement on Harry and Meghan’s series. The Prince and Princess of Wales kept their social media business-oriented, posting only about their engagements and the Together at Christmas special.

Vanity Fair reported last week that Kate and William “refused” to watch the series when it came out at 8 a.m. London time. Instead, they dropped their kids George, Charlotte, and youngest son Louis off at school.

Some in the palace are watching though, with Vanity Fair writing, “While aides will be watching the series closely, along with the royals’ lawyers, the palace are reluctant to comment on the show because they don’t want to feed what has become a media frenzy.”