How to Know If Your Vaginal Odor Is Cause For Concern, According to Experts 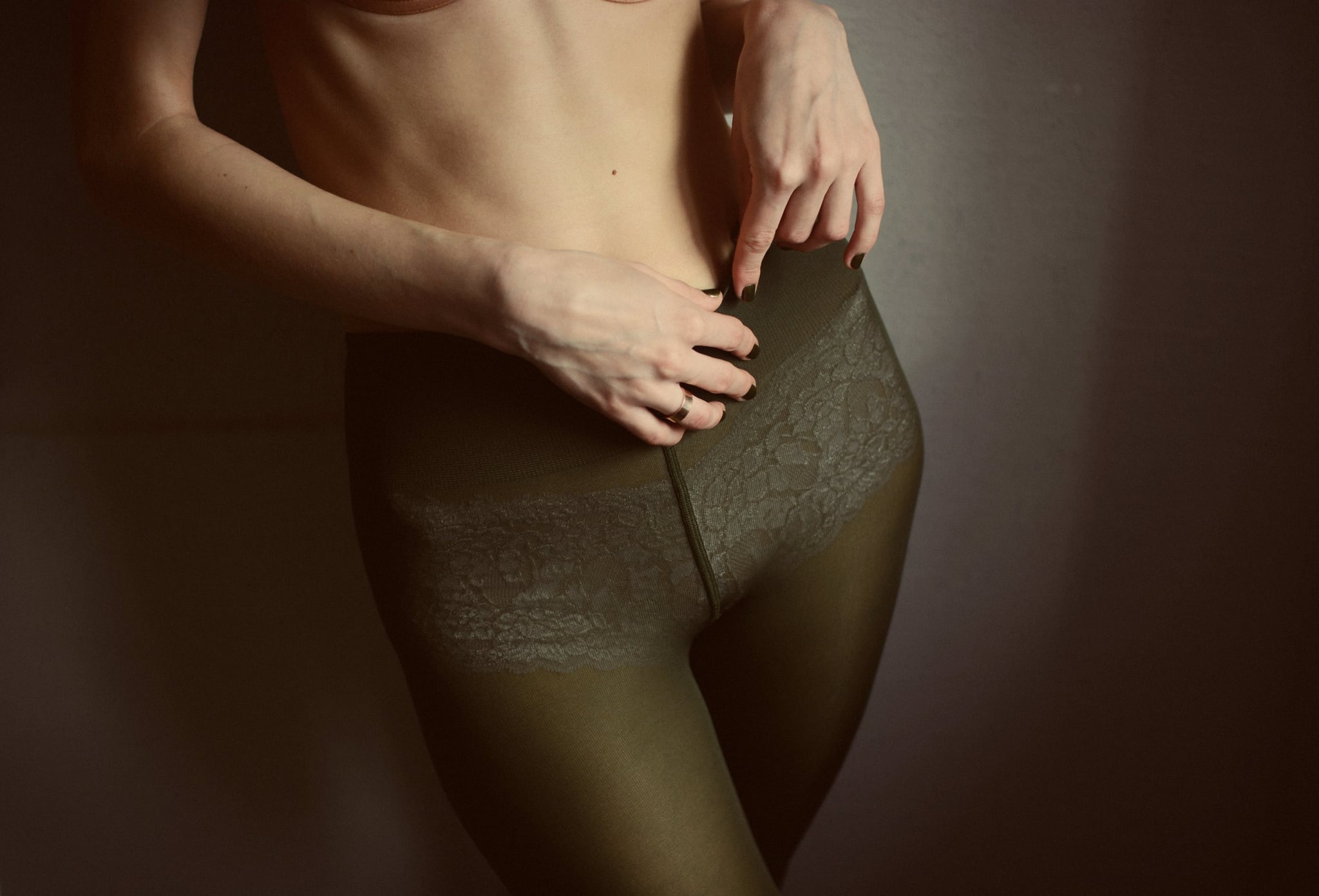 If you’ve ever been worried that your leggings smell after a workout or felt slightly self-conscious about your vaginal odor while on your period, know that you’re not alone. According to a study conducted by Vagisil, 65 percent of women have felt insecure about their vaginal scent at one time or another. Despite what vaginal product companies and society as a whole may want you to believe though, “the vagina is not meant to smell like roses or creamsicles,” says ob-gyn, Betsy A.B. Greenleaf, DO, advisor of pH-D Feminine Health.

If you’re picking up on a vaginal scent, whatever you’re smelling is probably pretty typical. Dr. Greenleaf says that “typical vaginal odor” has been described as smelling earthy, tangy, musky, leafy, and sometimes fruity — though every individual has their own distinct smell. And because everyone’s vagina has its own smell, “it is important to pay attention to how that odor changes over time,” says ob-gyn Nita Landry, MD, former cohost on the TV show “The Doctors.”

If you start to notice your smell is different than usual, it could be a sign that something else is going on. Before freaking out though, know that most of the causes for vaginal odor are pretty harmless. While you might feel gross, you’re actually safe and clean, and your body is going through something that is super treatable. Below, our experts explain the reasons why your vagina could smell and how to get rid of vaginal odor.

Bacterial Infections Can Cause Vaginal Odor

Per the Cleveland Clinic, a bacterial infection is any illness or condition caused by bacterial growth. In the vagina specifically, a bacterial infection occurs when lactobacillus (the good kind of bacteria in the vagina) is either washed away, killed, or decreases in numbers, and is replaced by other bad bacteria. Dr. Greenleaf notes that, more often than not, this “bad” bacteria can contain a chemical called amines, which, when released, can smell like fish.

With that in mind, if you have a fishy odor emitting from your vagina, it’s possible you could have a bacterial infection. It’s also possible you could have bacterial vaginosis, which is a type of bacterial infection that happens when there is “too much of certain bacteria in the vagina,” per the CDC. “Bacterial vaginosis, which is not sexually transmitted, is usually associated with a white vaginal discharge with or without vaginal irritation,” says Dr. Nita.

Some of the more common reasons you could get a bacterial infection include, but are not limited to, douching, stress, not wiping front to back, using soaps and detergents to wash your vagina, wearing thongs, eating an inflammatory diet. Fortunately, healthcare practitioners can prescribe topical gels or suppository antibiotics to kill the bacteria.

Yeast Infections Can Cause Vaginal Odor

A yeast infection could also be the culprit for an unpleasant vaginal odor. “Yeast infections happen when there’s an imbalance of usual bacteria in the vagina, and when that balance is off, the pH changes and the odor of vagina can occur,” says Alyssa Dweck, MD, a gynecologist in New York City and author of “The Complete A to Z For Your V.” Yeast tends to emit a smell that is very similar to warm bread, says Dr. Nita, and these infections are often accompanied by a cottage-cheese-like discharge, as well as vaginal itching, irritation, and redness.

Most people get yeast infections for a myriad of different reasons, but the most common ones include a diet high in processed foods and sugars, taking antibiotics or steroids, wearing tight clothing, stress, wiping incorrectly, and wearing thong underwear.

Sex Can Cause Vaginal Odor

Well, not the act of sex itself, but the use of condoms and lubricant can cause vaginal odor. Dr. Greenleaf says the ingredients in condoms and lubes can “contribute to throwing off the microbiome balance of the vagina leading to a shift in bacteria, yeast, odors, or infections.”

For instance, Dr. Dweck notes that “some people are sensitive to glycerin in certain lubricants, which can create yeast,” and “others might not like latex condoms, which have a distinct rubbery smell.”

A great solution for odor stemming from certain lube ingredients? Try lubricants made for sensitive skin, which don’t include chemical fragrances, parabens, cyclomethicone (a type of silicone), and chlorhexidine gluconate — all potentially harmful ingredients for your vagina. Instead, you can opt for water-based formulas made with ingredients like organic aloe vera.

As for condoms, a rinse off in the shower shortly after sex will help prevent that rubbery smell you dislike, or, you can switch to vegan condoms, which are made with all-natural ingredients.

That said, don’t let some not-so-great odors stop you from having safe sex or impact your pleasure. It’s perfectly normal to smell a bit after using condoms or lube, just so you can be prepared.

Another thing to consider when having sex is semen. If you are someone who has penetrative sex with a partner with a penis, it’s important to note that “ejaculate can throw off the pH balance of the vagina,” says Dr. Greenleaf. This could result in a bacterial infection, which can then be treated by a medical professional.

Not peeing directly after sex can also cause issue. Everyone with a vagina should urinate directly after sex to “prevent urinary tract infections from bacteria pushed into the urethra,” says Dr. Greenleaf. She adds that “urinating will flush that bacteria out of the urethra,” so that you’re not at more risk of developing a UTI or bacterial infection.

Lastly, if using a sex toy, you’ll want to make sure to wash the sex toy in between uses to avoid bacteria build-up.

Sweat Can Cause Vaginal Odor

Sweat is completely OK and natural, but when you are active and your clothes get wet, this can lead to unwanted bacteria growth in the vagina. According to the Mayo Clinic, sweat can also cause bacterial vaginosis.

To avoid bacterial vaginosis, Dr. Nita suggests “using some warm water to wash the outside of your vagina and in the crevices and folds” shortly after sweating. Soap and vaginal cleaning products should not be placed in or around the vagina because these can cause pH imbalances, and the vagina self-cleans itself anyway.

“Also, during the day you should wear breathable underwear with a cotton liner. At night, consider ditching your underwear all together, as it lets the vagina breathe better,” she adds. If you like to work out, try to shower immediately after any physical activity so your clothes and underwear aren’t festering in the sweat for too long, either.

STIs Can Cause Vaginal Odor

Depending on the STI, you may experience more symptoms than just odor. “Many cause vaginal discharge, which could be green or have an odor, might be irritating and itchy, might cause bleeding or irregular bleeding with intercourse, or might cause foul drainage that smells bad but doesn’t have blood in it,” Dr. Nita says. It’s also possible that you don’t experience any symptoms at all, which is why regular STI screening is important. The best way to prevent STIs is by using condoms.

The good news is that bacteria or parasitic STIs (like chlamydia, gonorrhea, syphilis, etc.) can be treated with antibiotics, and viruses (such as herpes and HIV) can be helped with antiviral treatment.

Poor Hygiene Can Cause Vaginal Odor

Hygiene is a big part of vaginal health, and it all starts with making sure you’re properly cleaning your vagina. Despite there being a billion-dollar industry out there that offers vaginal scrubs, wipes, and perfumes, these products are the last thing your vagina needs. In fact, overcleaning your vagina is “more likely to harm healthy bacteria” and “lead to persistent odor,” says Dr. Greenleaf. Why? Because “soaps and detergents with dyes, fragrances, and harsh chemicals strip the body of its protective oils and can destroy the healthy microbiome balance in the vagina.”

Though it may seem like using these products could help your vaginal hygiene, it’s actually doing your vagina more harm than good. “Washing with just water, especially in the vulva area, is perfectly fine and won’t upset the delicate balance. Water will clean, dilute, and wash away any soiled areas,” says Dr. Greenleaf.

It’s also important for you to wipe front to back when using the bathroom. Not doing so “brings anorectal bacteria closer to the vagina,” she says, which, as we know by now, can lead to bacterial infections mentioned earlier — and in some cases, an unpleasant odor.

Tampons and Pads Can Cause Vaginal Odor

Tampons and pads should be changed every four to six hours, recommends Dr. Greenleaf. Especially since, “menstrual products absorb blood, and bacteria love blood. The longer these products go unchanged, the more bacteria can grow and cause serious infections,” she says.

In order to prevent any unwanted odors, stay up on the amount of time your tampon has been inside of you — and don’t forget about it completely. “Women often forget tampons in their vagina,” says Dr. Nita. “That’s dangerous because forgotten tampons can cause toxic shock syndrome, a life-threatening condition,” she adds. Additional symptoms of toxic shock syndrome include a high fever, rash on palms and soles, redness around mouth and eyes, headaches, low blood pressure, and even vomiting or diarrhea.

If you think you could have a tampon in your vagina and you can’t remove it, call your doctor immediately. “We remove forgotten objects all the time,” Dr. Nita confirms.

In general, scheduling a doctor’s appointment for any issues with odor is the best and easiest solution – especially since the treatment for vaginal odor is going to depend on what’s impacting the vagina.

For other reasons (like sweat, poor hygiene habits, sex, and tampons or pads), you can focus on good vaginal hygiene. Dr. Greenleaf suggests the following:

For an at-home treatment, Dr. Greenleaf also recommends boric acid suppositories. They “rebalance the pH of the vagina and support a healthy environment.” Per the Cleveland Clinic, they also “help to promote the proper acid balance in the vagina.”

Ultimately, your vagina is supposed to smell just like that: a vagina. Unlike Gwenyth Paltrow’s vagina candle — which touts an unexpected scent, thanks to a unique combination of florals — a vagina isn’t supposed to be an amazing-smelling organ.

However, if you do notice a smell that seems off to you, don’t ignore it. Though odors and general vaginal infections can be very common, Dr. Greenleaf says an unusual odor is your vagina’s way of saying it might need to be looked at.