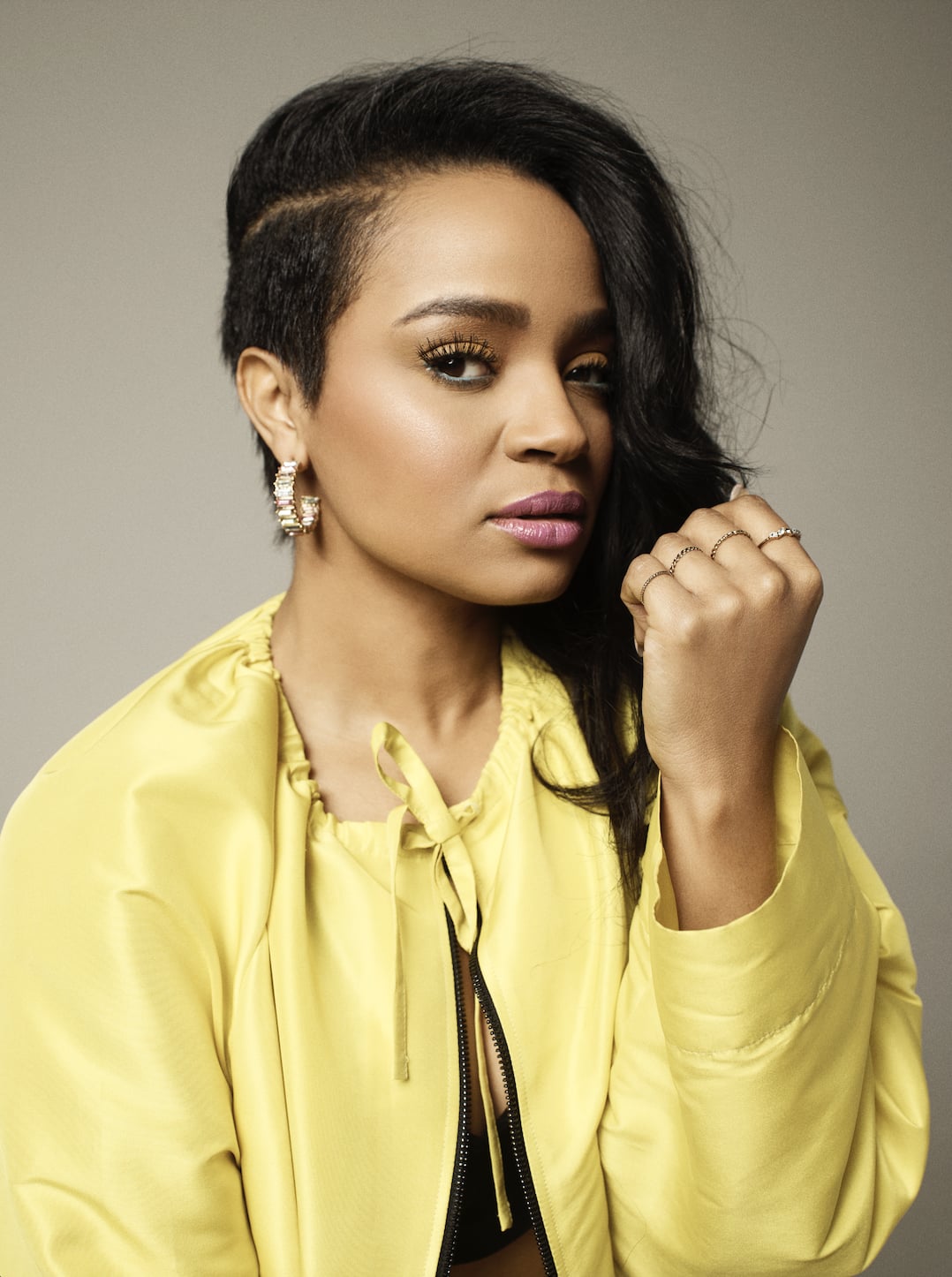 You probably know Kyla Pratt from her roles in “The Proud Family” and “Dr. Dolittle” or more recently “Call Me Kat.” But these days, the 36-year-old Los Angeles native is making her voice heard in other arenas like mental health. Her main priority? Getting people to acknowledge that celebrities are human beings and their mental health matters, too.

Growing up, Pratt escaped the horrors of child stardom and leaned on her family to keep her grounded. But as she grew older, she came to understand the need to form a more intentional relationship with mental health and wellness. The journey she’s on now began shortly after giving birth to her two daughters, Lyric and Liyah.

“No one can tell you how to come out of your own darkness. You just have to know that it’s temporary and it’s changing and remind yourself that one day, that’s what it’s going to be.”

“I feel like the first time I really started questioning myself was when I began to have kids,” Pratt tells POPSUGAR. “That was more because I was afraid of this tremendous responsibility that I now had to take care of someone and whatever I did would affect them in their lives. I just started to overthink.”

Pratt admits becoming a mother made her mental health go “a little sideways” at first, but ultimately, the experience put a lot of things into perspective for her. Understanding where she was in her mental health journey and where she wanted to be helped her realize what kind of role model she wanted to be for her children. “As a parent, I have to have myself together mentally for them to see someone who’s together and know that it’s OK to have [dark] moments but see somebody who’s going to pull out of them,” the actor shares.

Pratt’s relationship to mental health has been evolving for years. She describes life after her five-season run on “One on One” (2001-2006), when she was only 19, as a “weird time.” “I had been consistently working my whole life, and then all of a sudden when that show was over, I had a little break,” she says. “I kind of embraced [it] at first. But then after about a year or two, I was like, ‘All right.'”

Pratt realized then that her next role wouldn’t always come knocking at her door — and it gave her a framework to think through her career. “You have to prepare yourself with that thick skin of you’re not always going to get picked,” she explains. “And that’s fine because what’s meant for you is meant for you. Every circumstance is different in this industry . . . You literally have to talk yourself through everything and remind yourself that everything is temporary.”

She continues: “As long as you know that, that’s all that you can really take from anybody saying anything because no one can tell you how to come out of your own darkness. You just have to know that it’s temporary and it’s changing and remind yourself that one day, that’s what it’s going to be.” 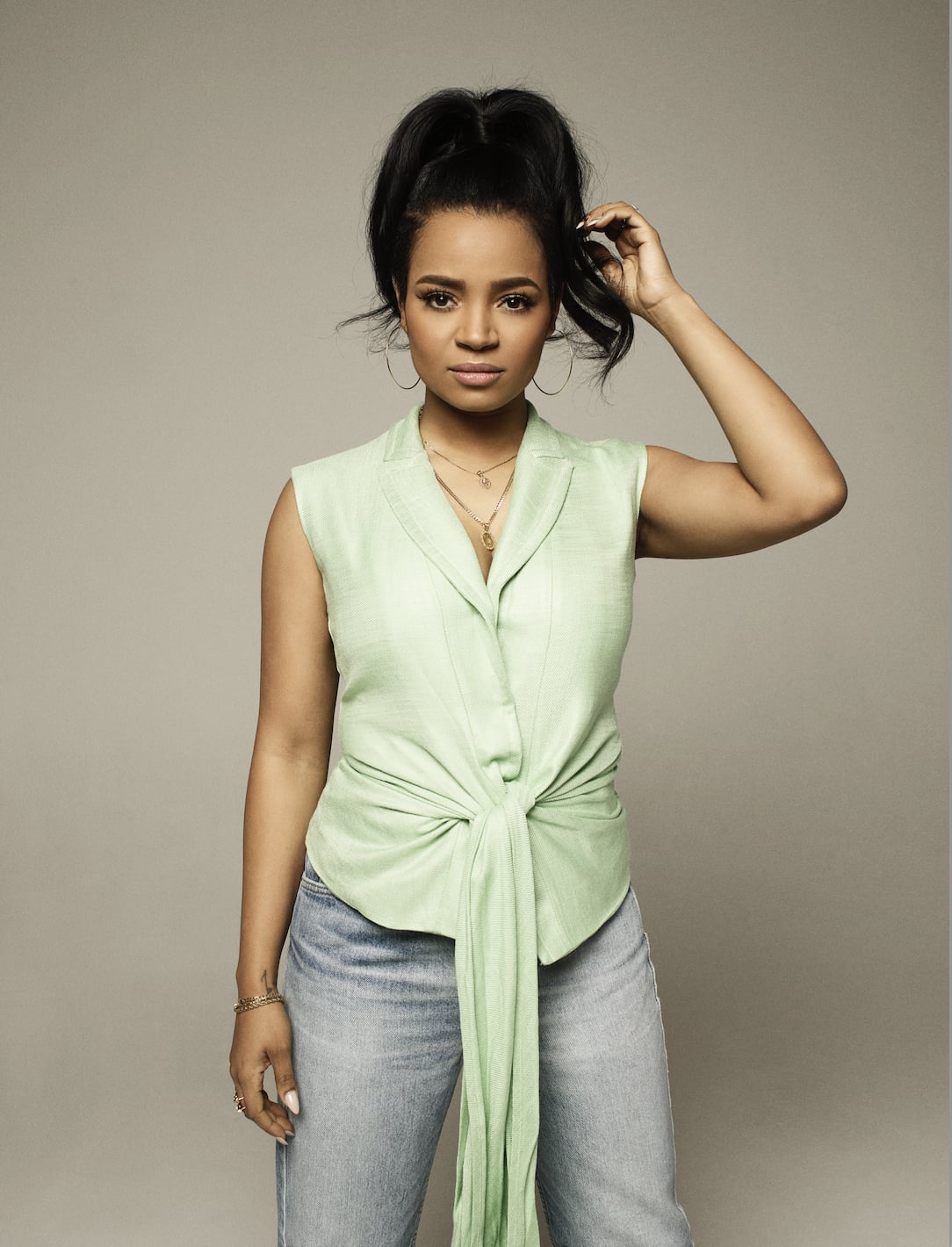 One thing Pratt wants to make clear about celebrities like her is the misconception that they don’t endure mental health struggles — the false idea that “we’re not humans.”

“People see someone acting a certain way and doing a certain thing, and that’s how they expect them to be as a person,” she says. For Pratt, for example, she didn’t realize she had a “cookie-cutter image” until she started dating her partner, Danny Kirkpatrick. “Everybody was like, ‘Who is this guy with all these tattoos coming in and messing with our little Disney princess?'” Pratt remembers. “I’ve never been like [that] . . . [But] people are only able to see as far as what you show them.”

“Understand that the troubles that you’re going through and the thoughts that go through your head, we all have those thoughts, those troubles, and those issues.”

In particular, Pratt says, it’s frustrating to see people make assumptions about stars based on what they see on social media. She believes this disillusionment is why there’s a divide between celebrities and the “average person” when it comes to mental health. “A lot of people who are not living their lives in public, who are experiencing similar situations, are not having to deal with the scrutiny,” she explains.

Pratt notes that some celebrities have an “automatic filter” when it comes to mental health. “It’s like on Instagram when you have a filter on someone’s body and you go on and start comparing yourself to all the different bodies that you see . . . Sometimes when you see someone in the industry who is living their life a certain way, it’s altered because they don’t want to share everything that they’re experiencing and what they’re going through because it’s difficult,” she explains.

Understanding that her celebrity status doesn’t exclude her from addressing things like mental health is what put Pratt on the path to becoming an advocate for other young women, teens, and children — a role she takes great pride in. “There are so many people that . . . might look at me and think that I have it all together and everything’s perfect . . . No, I’m a human just like you,” she says. “Don’t think that everything is hunky dory in everybody’s situation. Understand that the troubles that you’re going through and the thoughts that go through your head, we all have those thoughts, those troubles, and those issues. We all just have to figure out different ways of working through them.” 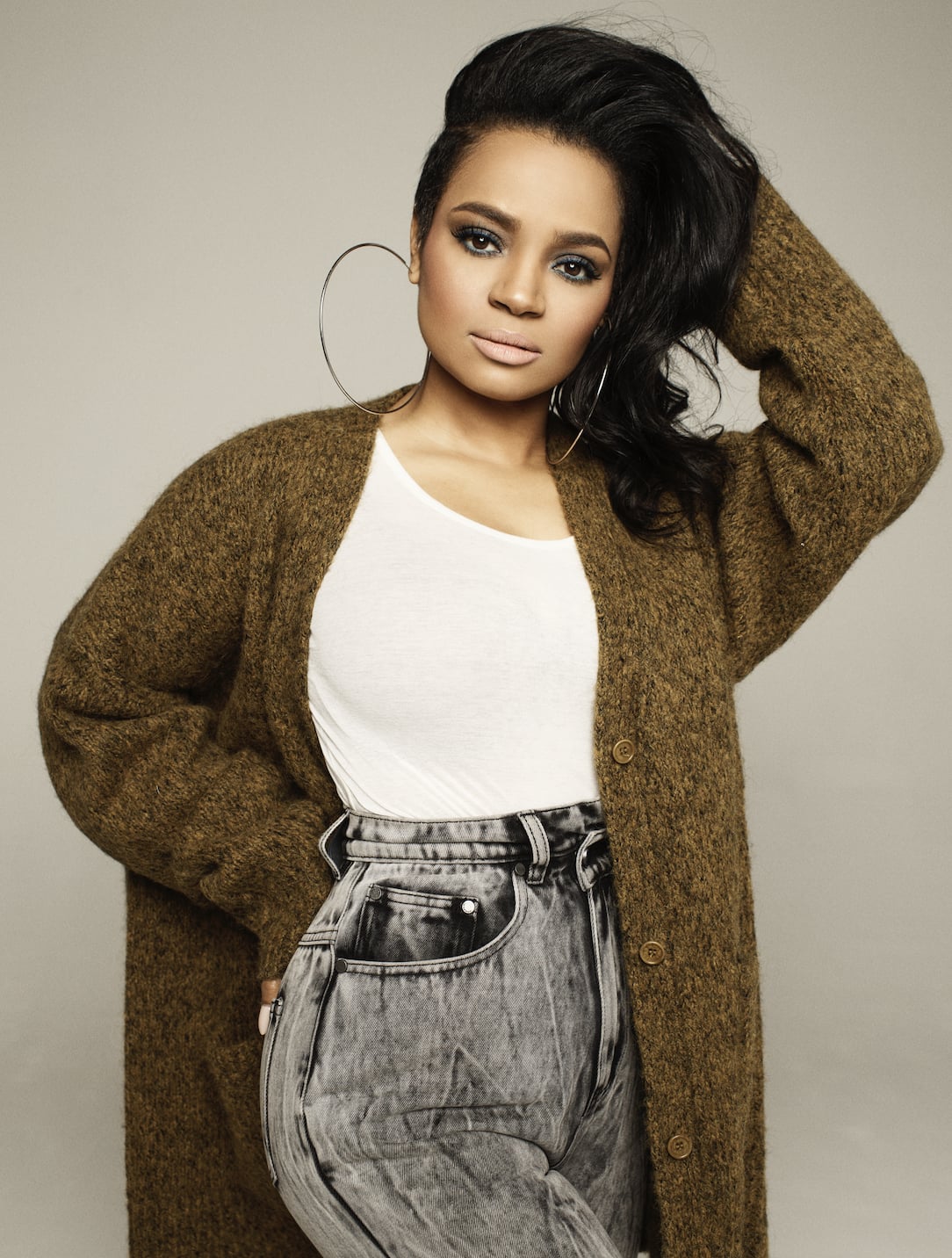 “I’m a work in progress, and I don’t have to people-please.”

Something else Pratt is learning about herself? “When to be Captain Save Somebody and when not to be.” It’s finding “the balance of having someone’s back and helping people out, but not at the expense of my mental sanity,” she says. “And also remembering it’s OK to say ‘no’ . . . I’m literally at the time of my life where ‘no’ does not make me feel guilty at all.”

And just as Pratt’s relationship to mental health evolved when she had kids, she’s also been motivated to have more open discussions with her daughters about it. “Me and my kids talk about mental health all the time,” she says. “We talk about meditation, yoga, stretching, fitness, working out, and what it can do for how you feel. We talk about the foods you eat, the things you say to yourself, so many different things that I feel like a lot of parents don’t realize that their kids are experiencing.”

Pratt knows she’s a work in progress. She hopes others will understand that about themselves, too, and then we can all start dismantling the myth that not everyone needs to prioritize their mental health.

“When everybody realizes that and is OK saying that, I think the world would be a better place instead of thinking that everybody’s perfect,” she says. “I’m a work in progress, and I don’t have to people-please. I don’t need to be liked by everyone. I am literally the person that’s like, I may not be your cup of tea, but I’m somebody’s tequila.”

If you or someone you know is struggling with mental health, the National Alliance on Mental Illness has resources available, including a helpline at 1-800-950-NAMI (6424). You can also dial 988, the nation’s new mental health crisis hotline.