Miley Cyrus has entered her thirties, and she marked the milestone birthday weekend in a remarkably chill way—at least publicly. The singer was photographed getting brunch with her boyfriend Maxx Morando and friends on Sunday in Malibu. She turned 30 last Wednesday, Nov. 23.

Cyrus was dressed colorfully, pairing printed paints with a white top and light blue button-down top layered over, worn unbuttoned. She had her hair up in a bun and accessorized with layered necklaces and sunglasses. 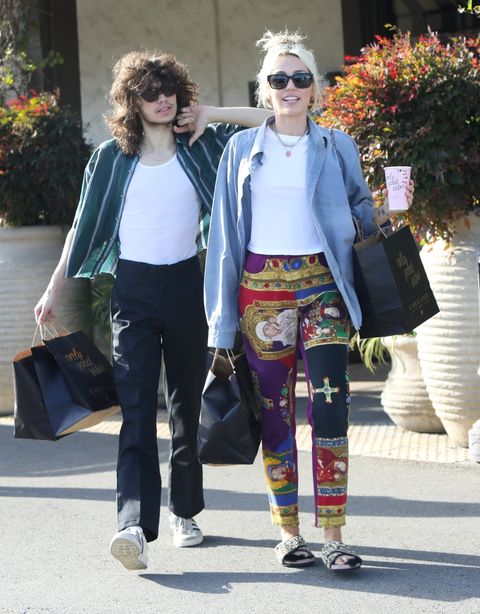 Cyrus shared a glimpse of her birthday festivities on Instagram yesterday with a simple caption: “30. Thankful for all the love and kind birthday wishes. 💕” The photo depicted her smiling alongside a candy bar-adorned cake.

While Cyrus has kept a relatively low profile lately, a source spoke to E! in October about Cyrus and Morando’s relationship lately. “Miley and Maxx are still going strong and their relationship is very serious,” the source said. “They have been together for about a year now and Miley is really happy. Everyone in her family loves them together and thinks they mesh really well.”

The source added that Cyrus has purposely taken a little pause from working nonstop and relocated to Los Angeles from Nashville, too. “She wanted to take a step back from a crazy work schedule recently. She’s in a good place,” the source said.

Cyrus will be back in the spotlight at the end of December, when she and her godmother Dolly Parton host Cyrus’ New Year’s Eve special, Miley’s New Year’s Eve Party, for NBC.