Everything We Know About The Princess Diaries 3 So Far

It’s hard to believe that The Princess Diaries 2: Royal Engagement arrived way back in August 2004. While the past 18 years have just flown by, fans of the real-life fairytale franchise have never given up hope for a third Princess Diaries movie. And 2022 feels as fitting a time as any to bestow the world with some good news.

In recent years, traction on a trilogy-making sequel has stalled. Anne Hathaway, who played plucked-from-obscurity princess Mia Thermopolis, previously confirmed a script exists, and while she claimed to be on board for the film alongside co-star Julie Andrews as Queen Clarisse, there hadn’t been many updates since. Until Disney officially greenlit a new installment.

As The Princess Diaries taught us, miracles happen once in a while if you believe. Ahead, everything we know about the status of Princess Diaries 3, including Chris Pine’s involvement and Mandy Moore’s surprising character theories.

Disney has signed on for a third installment, The Hollywood Reporter announced on Nov. 15. TV writer Aadrita Mukerji (Reacher, Supergirl) is penning the script. The film will be a continuation of the Princess Diaries story rather than a reboot.

Anne Hathaway’s involvement is not yet confirmed, but “the hope is she would return should the potential new film move forward beyond the script stage,” per THR. She has vocally supported the idea of a third Princess Diaries film, telling Entertainment Tonight in October, “I would more than entertain it, I’m pulling for it. If there’s any way to get Julie Andrews involved, I think we would make it work. We would go to where she was and put a green screen behind her and just make it happen.”

Debra Martin Chase, who produced the first two films, will produce the new installment and Melissa Stack (The Other Woman) will executive produce.

The film has been discussed for years.

Queen Andrews herself gave an update at the time. During a virtual interview with The Talk in April, the Oscar winner managed to both inspire optimism and cast doubt when it comes to PD3. “I heard that there might be one,” she revealed. “It’s long been talked about but nothing sort of been on my desk or anything like that. I think I would [do it]. I’m getting awfully old and crotchety. I’m not sure if it’s the right timing, but I think to work with Annie [Anne Hathaway, who played Princess Mia] would be lovely again, and sure I’d be up for it. I think we should wait for—if a script comes in, let’s wait for that. Of course, we wouldn’t have the wonderful Gary Marshall who was the director. He’s passed. And he was really the nuts and bolts of it all.”

Hathaway was asked about the status of the project during her January 2019 appearance on Watch What Happens Live. She wants it to happen. Julie Andrews wants it to happen. They’re working on it, she confirmed. “There is a script for the third movie…. There is a script,” she said. “I want to do it. Julie [Andrews] wants to do it. Debra Martin Chase, our producer, wants to do it. We all really want it to happen. It’s just we don’t want to unless it’s perfect, because we love it just as much as you guys love it. It’s as important to us as it is to you, and we don’t want to deliver anything until it’s ready, but we’re working on it, so…” 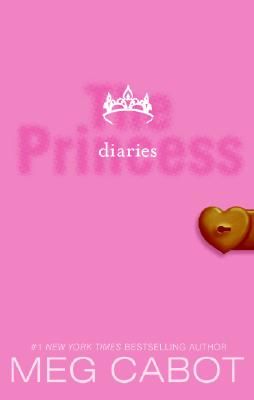 Prior to Hathaway confirming there was a script, the author of The Princess Diaries book series, Meg Cabot, told Entertainment Weekly in 2017 that a script exists. She also said that if the movie gets made, it’ll happen “kind of as a tribute” to director Garry Marshall, who passed away in 2016. But Cabot refused to reveal any further details, apart from saying that the movies would likely deviate from the book series. She said, “I think of them as two different universes.”

Garry Marshall was reportedly planning the third installment before he died.

Speaking of Marshall, the filmmaker was also passionate about a third movie about Princess Mia. In an interview with People in March 2016, Marshall said, “I was with Anne Hathaway a couple weeks ago. It looks like we want to do The Princess Diaries 3 in Manhattan.” Sadly, Marshall’s plan never came to fruition, but it’s possible that the sequel will still be set in New York, to honor his idea.

Chris Pine is open to a third movie.

The actor seemed enthusiastic when asked about reprising his role as the dashing Nicholas Devereaux in 2016. After quite literally sweeping Mia off her feet at the end of the 2004 sequel, questions remain about the status of Nicholas and Mia’s romance. During a fan Q&A for Entertainment Weekly in 2016, Pine was asked, “Don’t you pray every night for a Princess Diaries 3?” To which he replied, “Have you been reading my diary?”

Mandy Moore would consider a cameo.

In July 2017, Moore, who played mean-girl cheerleader Lana, told ELLE.com, “If I’m going to be involved, I would be down for a cameo—maybe she could make amends with Mia and apologize for being a bully when she was younger. She was insecure, going through a difficult time in her life and [has now] reflected on why that wasn’t okay.”

Moore also appeared on People Now in February 2019 and was asked what she would like to see for her character Lana. The actress had a pretty fleshed out answer: “I would like to see if life kicked down a few pegs because she was the bully in school [if she comes back]. I’d like to see her is life has come full circle and maybe she’s a little more well humble. I would be down!”

In July 2016, Heather Matarazzo, who played Princess Mia’s best friend Lilly Moscovitz, told Cosmopolitan that she would definitely return for another sequel. She said, “If Annie and Julie are down, of course.”

The fans are ready for a royal return.

If you had concerns about the fanbase returning for a third movie, allow Twitter’s evergreen excitement to ease your mind.

As we await the official release, there’s plenty of time to rewatch the first two movies, and reflect on Sandra Oh’s Oscar-worthy turn as Vice Principal Gupta.