Couture Nods to the Past, and Plunges Into the Future

For the past few years, the age-old craft of haute couture has been finding ways to keep itself in line with the zeitgeist—even bringing young brands like Area and Pyer Moss into the fold. But this season, a respect for tradition was at the forefront of some of the week’s major shows, which paid tribute to decades-past house history.

At Balenciaga, among the boldface names (Nicole Kidman, Dua Lipa) walking the runway was a lesser-known figure who is nevertheless central to the brand’s history: Danielle Slavik, who served as a house model in the 1960s, in the Cristóbal era. The reverence for the archives extended to the designs, with their exaggerated midcentury-inspired silhouettes and bold feather embellishments. Of course, this being Demna, there were also shiny face shields and souped-up speaker handbags (made in collaboration with Mercedes-AMG F1 Applied Science and Bang & Olufsen, respectively.) 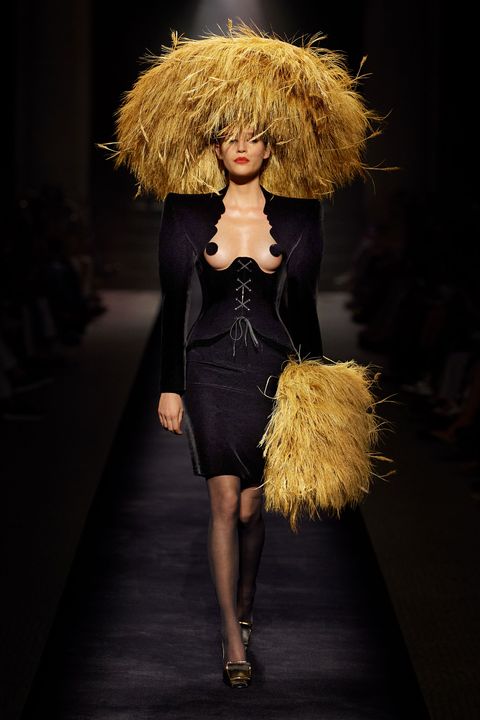 Daniel Roseberry’s command of Schiaparelli’s house history is so complete that he weaves Elsa references into every collection. But this time around, he also riffed on Christian Lacroix, after meeting the designer for the first time recently. Lacroix’s exuberant ’80s excess showed up in bullfighter silhouettes and leg-of-mutton sleeves, a decorative flavor of retro that feels new to our Y2K-revival-weary eyes. As Roseberry put it in his show notes, “I think we sometimes get defensive when our critics accuse us of just wanting to make beautiful things. But what’s wrong with wanting to make beautiful things?” 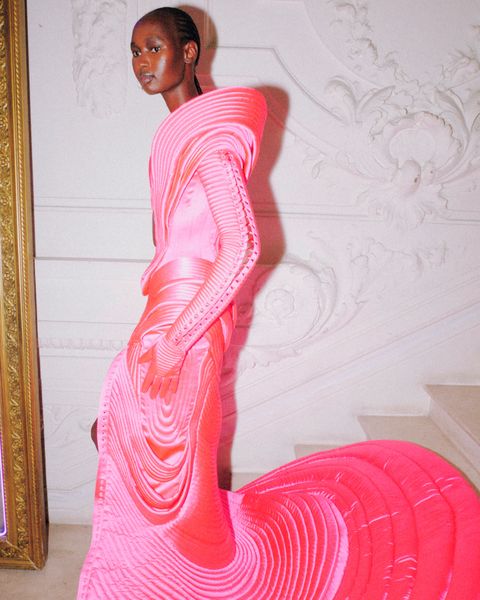 In another touching intergenerational moment, Olivier Rousteing of Balmain was enlisted as a Jean Paul Gaultier guest designer this season. The 37-year-old grew up with the brand, and was happy to pay homage. On the menu were all the JPG signatures: mariner stripes; tattoo prints that called back to the spring 1994 “Les Tatouages” collection; and, yes, cone bras. (As a bonus, there were fake baby bumps, too.) 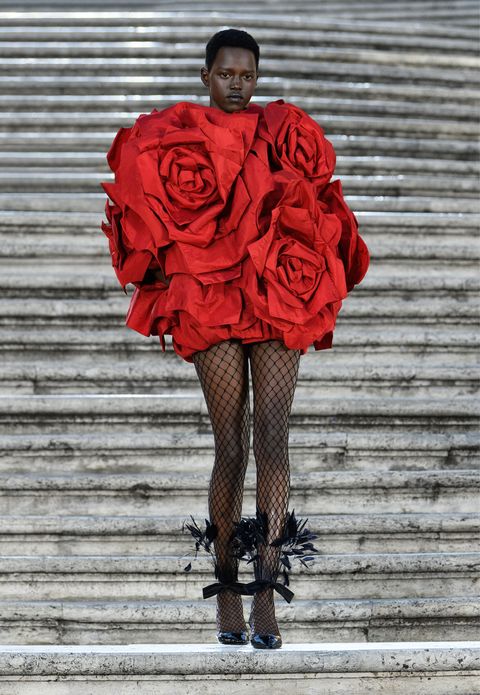 In some cases, the nods were more subtle: Think of the traditional Dior rose motifs and New Look silhouettes Maria Grazia Chiuri employed in her collection for the house. And Valentino returned to Valentino Garavani’s original HQ, set atop the Spanish Steps in Rome, for Pierpaolo Piccioli’s fall 2022 show. It wasn’t the only tribute: The first look out was a reinterpretation of Garavani’s Fiesta gown from his first-ever collection. It looked less like a dress than a bouquet of roses spontaneously alighting onto the body—proof that glamour really is an undying art.

Amid all the old-world nods this season, there were also forays into more futuristic realms. Dutch boundary-pusher Iris van Herpen celebrated her 15th anniversary by showing some of her couture looks as digital creations on avatars. The collection, titled Meta Morphism, was a takeoff on Ovid’s “Metamorphoses.” Just as the boundaries of the ancient poet’s world were porous—his protagonists transformed into spiders and trees—so is the metaverse, where we morph into avatars of our physical selves. 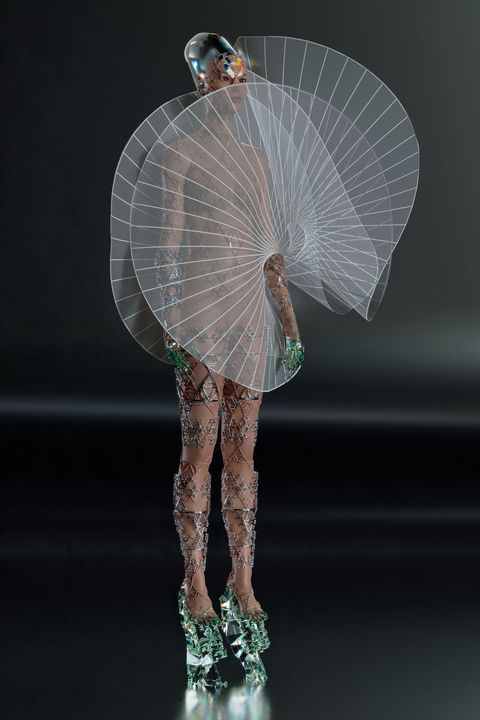 Beloved downtown New York brand Threeasfour also delved into the phygital world for its couture debut, with digital designs made with CG artist Shingo Everard that are available to purchase as NFTs on the platform Dressx.

But the question remains: Will people want to buy digital couture, the same way they do its physical equivalent? Yes, at least if you ask Threeasfour. “We are living in a time where people have more opportunities for self-expression,” argues the label’s co-founder and creative director Adi Gil. “Digital fashion is just one more tool to do so.”

This article appears in the November 2022 issue of ELLE.

Véronique Hyland is ELLE’s fashion features director and the author of the book Dress Code. Her work has previously appeared in the New York Times, the New Yorker, W, New York magazine, Harper’s Bazaar, and Condé Nast Traveler.
This article was originally published by Elle.com. Read the original article here.