Amal Clooney went from spring green to autumnal red for her latest event appearance with her husband, George Clooney. After wearing a stunning green gown with George at the Academy Museum Gala on Saturday, Amal stepped out in a red printed sleeveless dress by Alexander McQueen for the premiere of George’s movie Ticket to Paradise. George posed alongside her in a gray suit, no tie. 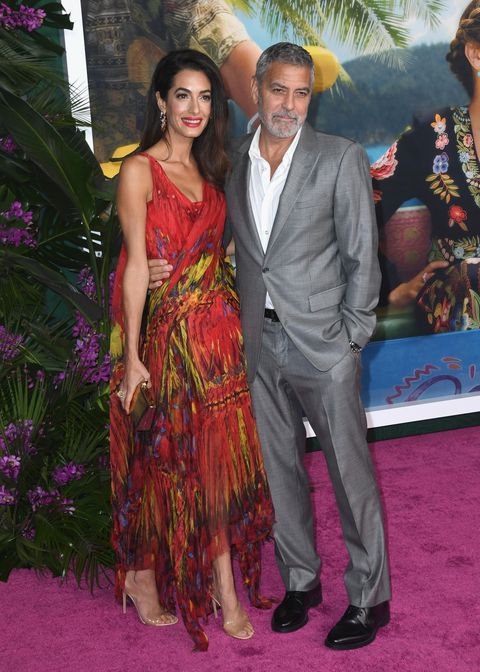 The couple also held hands on the red carpet: 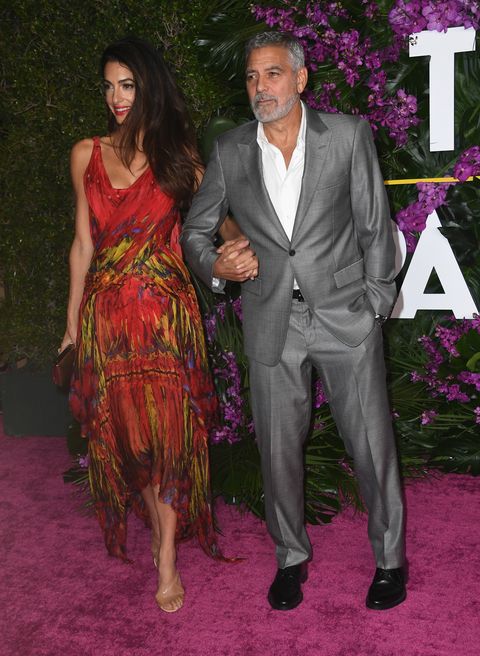 On Tuesday, George appeared on The Drew Barrymore Show, where he told the story of his first night meeting Amal in Italy. “Well, it’s funny, she came to the house in Como with a friend of hers to visit and immediately I was like…” George began, via Daily Mail. “The funniest thing is Bryan Lourd, my agent, called me, he had just met Amal at some other thing, and she was like, ‘Yeah, I am going to go to Como with a friend of mine,’ and he called me up and he said, ‘There’s a girl coming to your house that you are going to marry,’ I was like, ‘You’re an idiot. You know that’s not going to happen.’ And then in comes Amal and we stayed up all night talking and I started writing her a bunch of letters…”

The two ultimately got married in September 2014 and have 5-year-old twins, Alexander and Ella. At the Ticket to Paradise premiere, George praised his wife’s style, telling Entertainment Tonight on the red carpet, “She has pretty nice taste. She really does.” He also marveled over the green dress she wore to the Academy Museum Gala ( “Oh, Amal in that green dress…”), as any smitten husband would.