Tom Felton and Emma Watson’s real-life relationship is very much a love story, the two Harry Potter co-stars individually revealed in Felton’s upcoming memoir Beyond the Wand: The Magic and Mayhem of Growing Up a Wizard, which comes out Oct. 18—just not your typical romantic one. The two never dated, but each wrote about the “soulmate”-level relationship they’ve sustained for 20 years now.

In leaked images of the foreword Watson wrote for Felton’s book, which publisher Grand Central Publishing confirmed to Glamour were real, Watson described their bond as being one of the “purest loves I can think of.” She called Felton her soulmate point-blank.

“You know that person in your life who makes you feel seen? That person who is somehow a witness to all that unfolds? That person who knows—really knows—what is happening to you and what you’re going through without anything having to be said?” the actress started. “For me, that person is Tom Felton.”

Watson went on to explain that their relationship didn’t start off well. “I was a moony and probably rather annoying nine-year-old girl who followed him round like a puppy, desperate for his attention. But, as he has written so eloquently, beautifully, and generously in this book, our friendship didn’t end there. Thank goodness it blossomed and endured.”

She credited their friendship for helping her “move through some of the most challenging and soul-searching moments in my life.”

“Like Tom, I always struggle to explain to people the nature of our connection and relationship,” Watson wrote. “For more than twenty years now we’ve loved each other in a special way, and I’ve lost count of the times people have said to me, ‘You must have drunkenly made out, just once!’ ‘You must have kissed!’ ‘There must be something!’ But what we have is far deeper than that. It’s one of the purest loves I can think of. We’re soulmates, and we’ve always had each other’s backs. I know we always will. It makes me emotional to think about it. Sometimes it feels hard to live in world where people are quick to judge, to doubt, to question intentions. Tom doesn’t do that. I know that, even if I’ve made a mistake, he’ll understand my intention was good. I know that he’ll always believe me. Even when he doesn’t have the whole picture, he’ll never doubt that I’m coming from a good place and will have done my very best. That’s true friendship, and to be seen and loved like that is one of the great gifts of my life.”

Felton himself, in excerpts The Daily Mail ran, acknowledged that he always had deep feelings for Watson, though not necessarily romantic. “I’ve always had a secret love for Emma, though not perhaps in the way that people might want to hear,” he wrote. “That isn’t to say that there’s never been a spark between us. There most definitely has, only at different times.” When he was told Watson had a crush on him for the first time, he was 15 with a girlfriend, and Watson was just 12. He didn’t quite believe it initially, the outlet wrote.

“Rumors started to abound that there was more to our relationship than we were letting on. I denied that I liked her in that way, but the truth was different,” he wrote. “My girlfriend at the time knew straight away that there was something unspoken between us. I remember using the familiar old line, ‘I love her like a sister.’ But there was more to it than that.

“I don’t think I was ever in love with Emma, but I loved and admired her as a person in a way that I could never explain to anybody else… we were kindred spirits. I know for certain I’ll always have Emma’s back and she’ll always have mine too.”

You can pre-order Felton’s memoir below:

Beyond the Wand: The Magic and Mayhem of Growing Up a Wizard 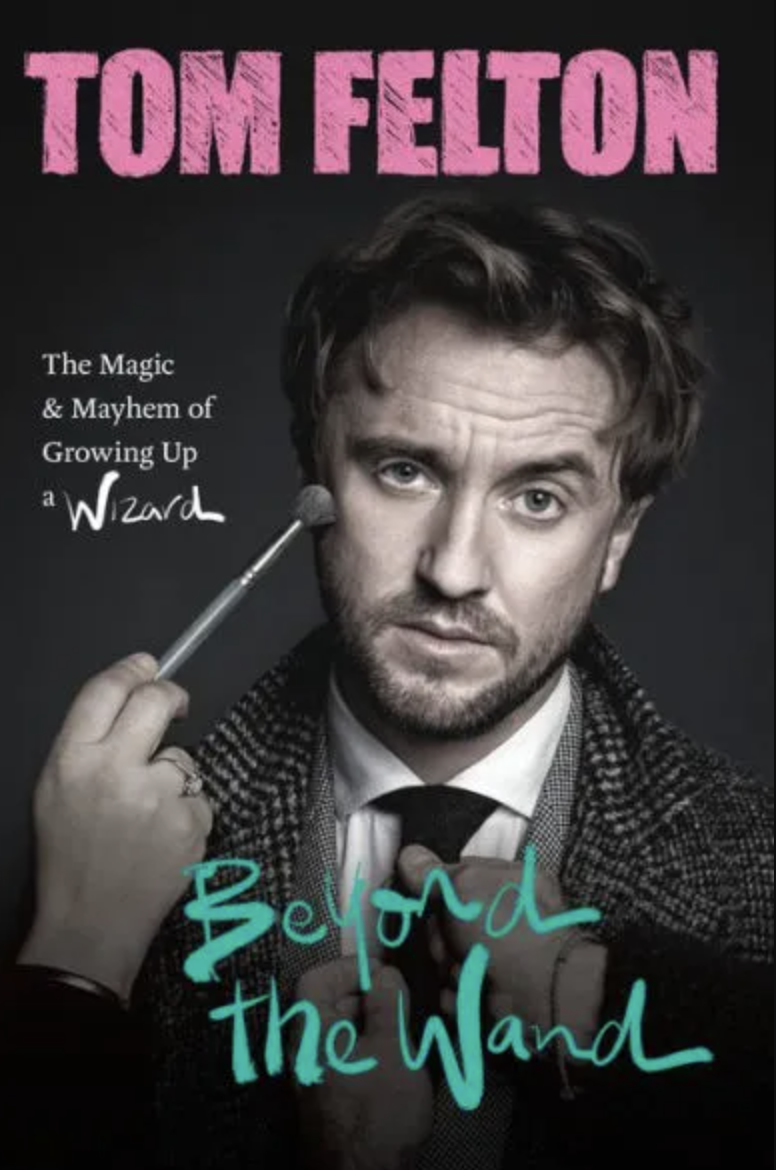 Beyond the Wand: The Magic and Mayhem of Growing Up a Wizard