On Friday, October 7, Florence Pugh’s new film for Netflix, The Wonder, had its London premiere and Pugh dressed in Valentino, one of her favorite designers lately. The gown was bright coral pink and made from billows of semi-sheer fabric that Pugh frequently stopped to twirl around in for photographers as she walked the red carpet.

The top of the gown featured a bralette bodice with a cutout over the high waist and spaghetti straps. The skirt was weighed down by feathered trim in matching pink. She had her short blonde hair styled away from her face with a side part and long pin curled bangs. For accessories, Pugh’s stylist stylist Rebecca Corbin-Murray chose dangling gold earrings and a large ring on one hand. 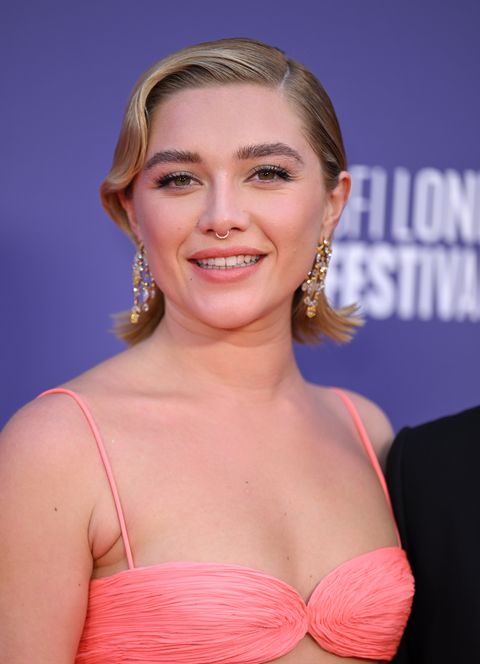 The actress also wore Valentino to the premiere of Don’t Worry Darling in Venice, another dramatic piece in black tulle and covered in sparkling sequins, designed to be off-the-shoulder with large puffed sleeves and a train over the short short bottoms. 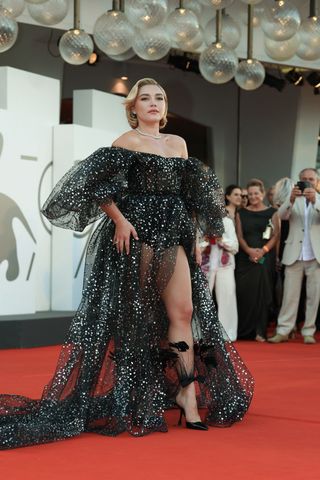 During Paris Fashion Week, Pugh wore a Valentino two-piece, again in a sheer fabric with high-waisted pants and a see-through blouse held together by one button just under Pugh’s bust. It was in a flesh-tone and covered in abstract organic sequin patterns. 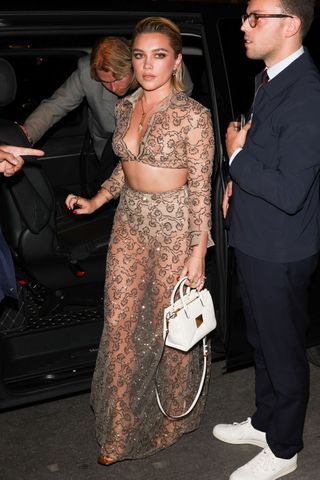 The star has made a point of challenging critics online who have had an issue with Pugh’s nipples occasionally being visible through her clothing during high fashion moments, an issue that arose around Valentino in the first place. She wore one of their hot pink ensembles with a high halter collar and long flowing skirt in Rome in July of this year at the designer’s Haute Couture show. 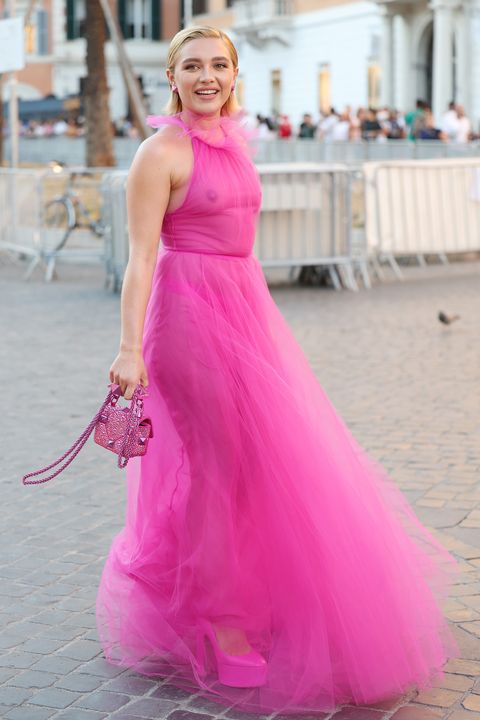 The response was apparently so intense that Pugh was compelled to make a statement on Instagram, writing, “Grow up. Respect people. Respect bodies. Respect all women. Respect humans. Life will get a whole lot easier, I promise. And all because of two cute little nipples…”