What can’t Selena Gomez do? The Disney Channel star turned singer, dancer, and actor sells out stadiums on the regular—she even has a cooking show. She happens to be one of our generation’s coolest fashion icons while doing all those fabulous things. And, the fact that she can be stylish in the wintertime has earned her major props. Being comfy while trendy is way easier said than done.

So, if you haven’t stocked up on cold-weather essentials, just look to Selena for inspo. And while a lot of celebs tend to wear pricey items most of us will only ever dream of wearing, one of her favorite brands is one you probably already know about—UGG. Specifically, the celeb has been spotted wearing UGG’s Classic Femme Mini booties ($60, Amazon) on several occasions this winter. And, it gets better. The super stylish wedge, sherpa-lined boots are on sale right on Amazon for up to 62 percent off right now in most colors and sizes.

Pictured above, the multi-hyphenate was spotted rocking this pair while filming season two of Only Murders in the Building—and it’s not hard to see why they’ve become her favorite. The Australian brand is known and loved for creating boots lined with its signature shearling material. Not only does the Classic Femme Mini pair deliver in comfort, but it also has a subtle wedge to take your footwear collection to new heights—literally. And, since this pair (available in five neutral colors!) hits nicely at that mid-calf mark, they’ll go with anything, from wide-leg pants and a sweater a la Selena to skinny jeans or sweats. 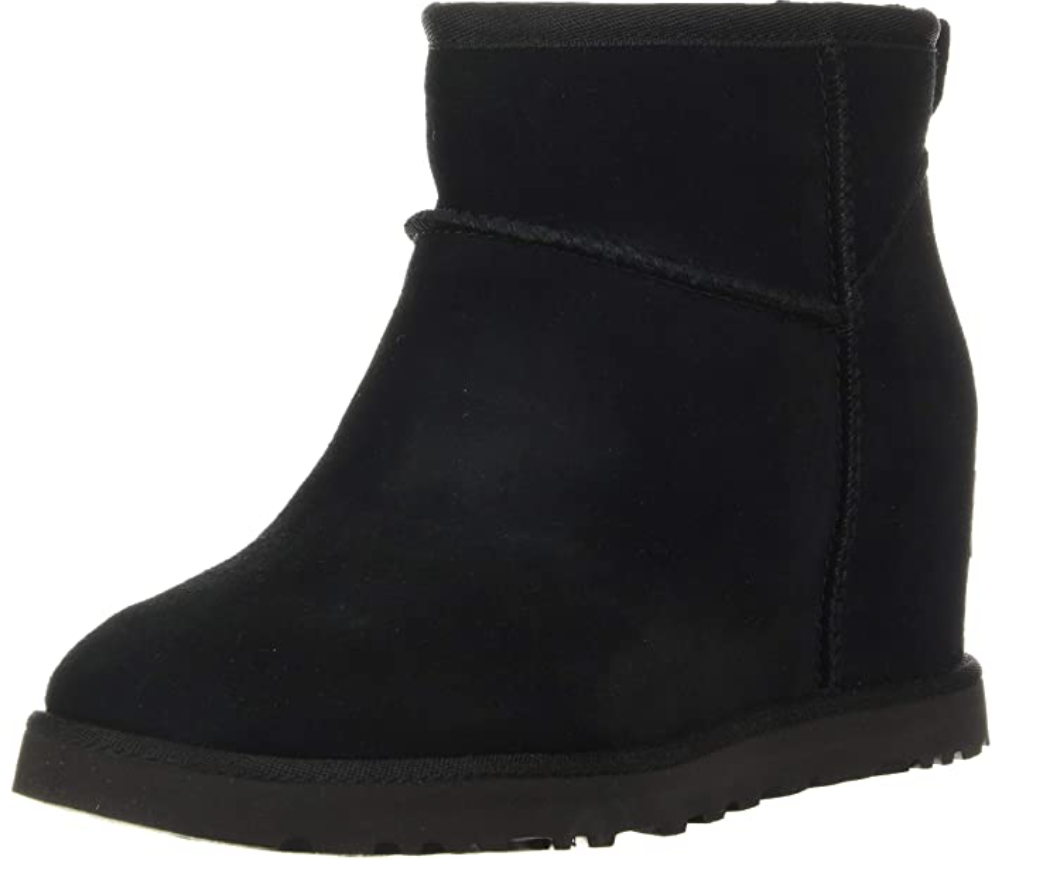 Normally, UGG’s Classic Femme Mini booties cost $160; however, Amazon is offering a great deal on this highly-coveted pair (it has over 1,000 five-star reviews). And, if you’re a fan of those, you’ll love hearing that they aren’t the only pair of UGGs on sale right now. Their winter booties ($107, Amazon) are on sale for $42 off, and they’re a staple for those ultra-cold, snowy winters.

If they’re good enough for Selena to stylishly solve murders in, they’re definitely going to become your new go-to pair of boots for the winter. Snag them now while they’re on sale, and don’t forget that they make an amazing gift to your (cold) loved ones, too.

Kelsey Mulvey is a freelance lifestyle journalist, who covers shopping and deals for Marie Claire, Women’s Health, and Men’s Health, among others. Her hobbies include themed spinning classes, Netflix, and nachos.