Blake Lively Is Pregnant With Her and Ryan Reynolds’ Fourth Child

Blake Lively and Ryan Reynolds are expanding their family once more. Lively sartorially shared the news that she is pregnant with the couple’s fourth child today, showing off her pregnant stomach in a sequined dress while attending the Forbes Power Women’s Summit, where she is being honored. 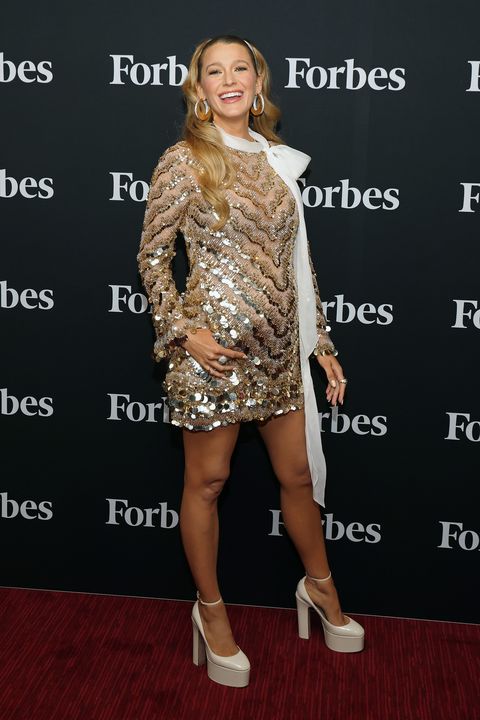 Lively joked about her and Reynolds being “breeders” back in 2016, hinting that they wanted to have a big family. “I’m one of five kids,” she said then. “My husband is one of four, so we’re officially breeders. You can go on our website and we will give you some of our children.”

Lively and Reynolds have made a point to protect their family’s privacy, opting not to show photos of their children on their social media. Lively explained that decision in 2016 to Marie Claire. The couple want their children to grow up normally, like they did.

“Ryan had a nice, normal upbringing, and we want our kids to have the same normal life that we had,” Lively said. “We don’t ever want to rob them of what we had, because we’d feel really selfish.”

With regard to the paparazzi, Lively added then, “I’d rather not have to deal with it at all, but we knew the lifestyle we were getting into, and while it’s hard…it’s another thing when it’s our child [Lively had welcomed James then]. She didn’t have the opportunity to make a decision about what she wants.”