In 2001, perfumer Olivier Cresp was tasked with capturing the feeling of Capri in the form of a fragrance. In the ’90s, Cresp, the ingenious nose, had made history when he invented a new perfume category, gourmand. For background, gourmand became known as fragrances with a dessert-like aroma that could easily make one’s mouth water. This delicious new class by Cresp began with releasing his sugary-sexy Mugler Angel in 1992.

Almost a decade later, Cresp had done it again. He bottled Capri with a blend of green apple, musk that imitates the scent of human skin, cedarwood, and Sicilian lemon essence that makes you crave a Limoncello—and remains to be one of the greatest-selling scents to this day.

“In Capri, there are giant lemons everywhere,” Cresp shares. “So I knew I had to make it the heart of the fragrance because the fruit is the heart of the island. The lemon in Light Blue is so bright, like the sun. That quality is what makes the scent so unique.”

It’s not only a standout fragrance with the masses but with industry insiders as well. “Light Blue is a mistake-proof scent,” says perfumer Ann Gottlieb. “It truly evokes the feeling of a summer,” adds Linda Levy, president of The Fragrance Foundation.

Another layer that added to the scent’s staying power is the iconic and ridiculously sexy advertisement images of David Gandy and Marija Vujovic found in every glossy magazine during the aughts. It was the sparkling ocean, Gandy’s abs, the impossibly white bikinis that mere mortals could never—everything was exactly what we wanted from a Capri vacation. 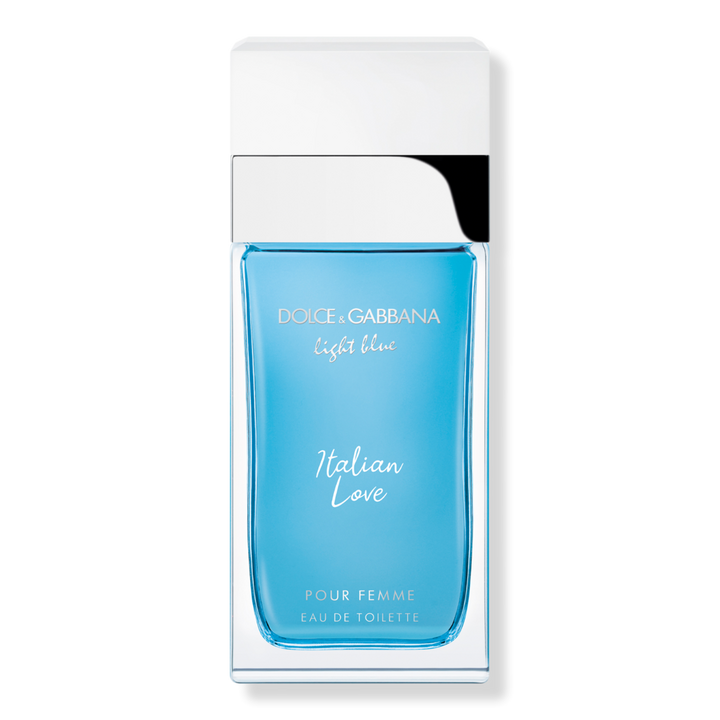 A decade into the Light Blue franchise, limited-edition flankers were released yearly to celebrate a new version of dolce vita. This year’s Italian Love iteration comes in Pour Femme and Pour Homme versions. But, of course, the Cresp-blended pair still have that bright-as-the-sun lemon at their hearts, as well as the aspirational Italian vacation pics of Gandy and his new female counterpart, Bianca Balti.

“Only 10 percent of the formula changed,” Cresp says. “Italian Love Pour Femme is a bit less fresh, more sensual. To do this, I added hints of jasmine and orange blossom, then changed the quality of the wood notes.”

All of these changes take the sunny-day-in-Capri energy and transform it into something like taking a sunset stroll after a long day at the beach. Your hair has dried with salt water, and you’re a bit pink from the sun. And if that isn’t an aspirational vacation right now, I don’t know what is.