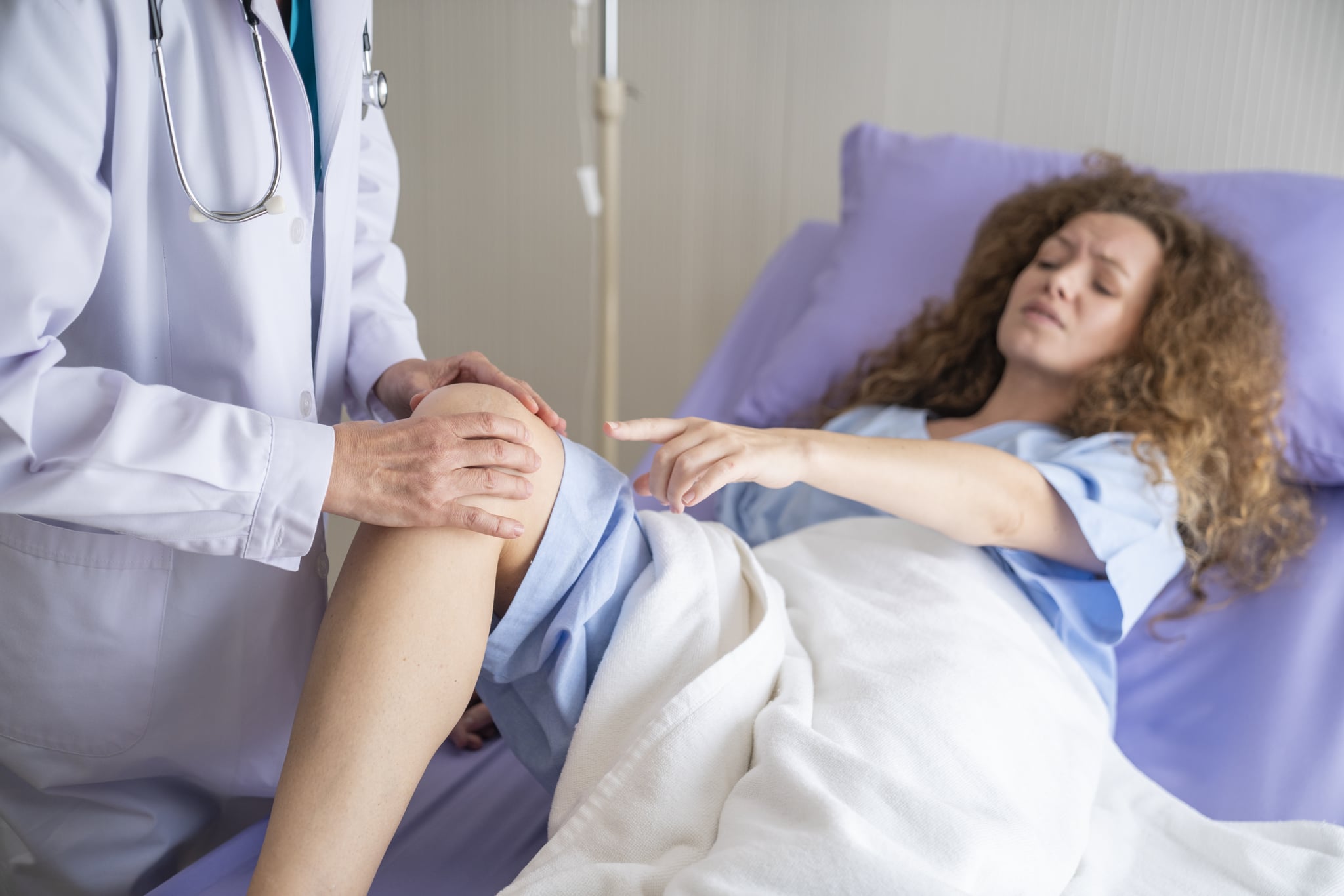 In the weeks that have followed Roe v. Wade being overturned, people are already experiencing the negative effects — and not just people who need reproductive healthcare. Recently, for example, people with certain autoimmune conditions including rheumatoid arthritis and lupus have been coming forward to say that their access to crucial medication has been restricted as a direct result of the overturn of Roe. Would you assume rheumatoid arthritis is connected to reproductive rights? Probably not. But according to people who have rheumatoid arthritis and lupus, the issue lies in a prescription medication they take to manage their condition: methotrexate. The drug maybe, possibly, potentially, could be used to end ectopic pregnancies, and because of this, some people who need it and are “viably fertile” (meaning, theoretically capable of becoming pregnancy) are reporting that their doctors are refusing to continue prescribing it to them, for fear that doing so could leave them open to legal repercussions. Many patients have gone online to say they fail to understand how it’s considered “pro-life” for their rheumatologists to deny them this health-saving drug.

I take methotrexate to control my Rhumatoid. I was told today I could not be prescribed it any longer as I am viably fertile and it is a medication that can be used for abortion.

joining the choir of women who have now had their methotrexate (which i have to take to you know…not die) refills denied bc it is considered an abortifacient & am begging someone, anyone, to explain to me — like i’m a tiny lil fetus — how this fits into the pro-life narrative

Rheumatoid arthritis (RA) and lupus are inflammatory autoimmune diseases that cause the person’s immune system to attack their joints, but lupus also affects the organs, skin, and muscles. Both come with painful side effects that methotrexate can help treat.

POPSUGAR reached out to several rheumatoid arthritis doctors for comment, but only received one response from the Hospital Special Surgery. In an email, Noelle Carnevale, the assistant director of Public and Media Relations, said: “Hospitals are being asked to direct inquiries as they pertain to methotrexate to the American College of Rheumatology, who is currently working on a position statement surrounding this matter.”

As of July 14, under a headline reading “Access to Care – ACR and Roe v. Wade Decision,” the American College of Rheumatology’s website stated: “The ACR opposes any action which interferes with the practice of evidence-based medicine or intrudes upon the doctor-patient relationship. Pregnancy often complicates the management of women with rheumatic diseases and may threaten the life of the mother. Rheumatologists and other rheumatology professionals must be able to provide the best evidence-based care and guidance for all of their patients.” As of press time, the ACR had not responded to POPSUGAR’s email requesting additional comment.

More about methotrexate and why some doctors are refusing to prescribe it to “viably fertile” people here.

Methotrexate is a prescription medication that is typically used as a treatment for autoimmune diseases like rheumatoid arthritis, lupus, and some cancers. It works to calm the immune system and reduce inflammation. There’s some hope that it could one day be used for other purposes, as well: a recent study, for instance, found that methotrexate is “a suitable treatment option for patients who need immunosuppressive medications during the COVID-19 pandemic.”

What’s the Link Between Methotrexate and Roe v. Wade?

According to patients who are speaking out on Twitter, the conflict around this beneficial medication arose soon after the Supreme Court overturned Roe v. Wade. Some healthcare professionals are refusing to prescribe it to any person who could potentially be pregnant, because it’s considered an abortifacient (more on that ahead). Although methotrexate is FDA-approved to treat joint inflammation (and 90 percent of rheumatoid arthritis patients use it at some point), some states list it as an abortion-inducing drug — because it’s sometimes used to treat ectopic pregnancies, and because it does carry a risk of miscarriage for pregnant people. And this has caused “confusion and caution in dispensing the medication,” Steven Schultz, the Arthritis Foundation’s director of state legislative affairs, told Bloomberg Law.

What is an Abortifacient? And What is the Legality Around It?

An abortifacient is essentially any medication that could be used to perform a medically induced abortion. In the US, the FDA approved a combination of two drugs named mifepristone and misoprostol (this is what’s commonly known as the “abortion pill”) to end pregnancies through 70 days of gestation. Right now the Biden administration’s Executive Order Protecting Access to Reproductive Health Care Services has promised to expand protections for access to medication abortion for people seeking abortions or experiencing pregnancy loss. However, Slate reported that even before Roe v. Wade was overturned, health professionals and pharmacists in states with restrictive abortion laws, like Texas, hesitated to prescribe abortion medications out of fear of criminal prosecution. Now, that hesitance may be affecting drugs like methotrexate, which are abortifacients even though they aren’t primarily used for medication abortions.

Will People Be Denied Other Medications Too?

Time will tell. But it’s worth noting that methotrexate isn’t the only drug that’s been getting increased attention following the overturning of Roe. Refinery29 recently reported that people who take Accutane — a drug that treats severe forms of acne — have been expressing concerns about how the abortion bans many states are enacting might affect them, although for a different reason than people who need methotrexate to manage their RA or lupus symptoms. Accutane is well known to cause fetal abnormalities, so much so the FDA says that patients must prevent pregnancy before, during, and one month after stopping the drug — also requiring patients to sign an iPledge in an effort to minimize fetal exposure. According to Refinery29, users of the drug are terrified that if their regular birth control fails and they do become pregnant, they might have no option but to carry the pregnancy to term.

Healthcare across the board is under scrutiny now that the 50-year precedent set by Roe v. Wade has been stripped away. For example, in late June, South Carolina Governor Henry McMaster signed the state’s Medical Ethics and Diversity Act into law, making it legal for medical practitioners to refuse “nonemergency” care if it conflicts with their personal beliefs — whether that’s religious, moral, or ethical. While this law impacts everyone, it particularly permits discrimination against the LGBTQ+ community, especially trans people seeking gender-affirming hormone treatment.

Allen Chaney, the director of legal advocacy for the ACLU of South Carolina, told NPR that he expects the law to be challenged because discrimination based on sexual orientation and gender identity is prohibited under federal law: “Saying that your conscience compels your discrimination doesn’t make it lawful.”

Kourtney Kardashian Explains Why She's "For Now Done" With IVF

I Put Lululemon's Strength-Training Shoes to the Test

Kourtney Kardashian Explains Why She's "For Now Done" With IVF

I Put Lululemon's Strength-Training Shoes to the Test